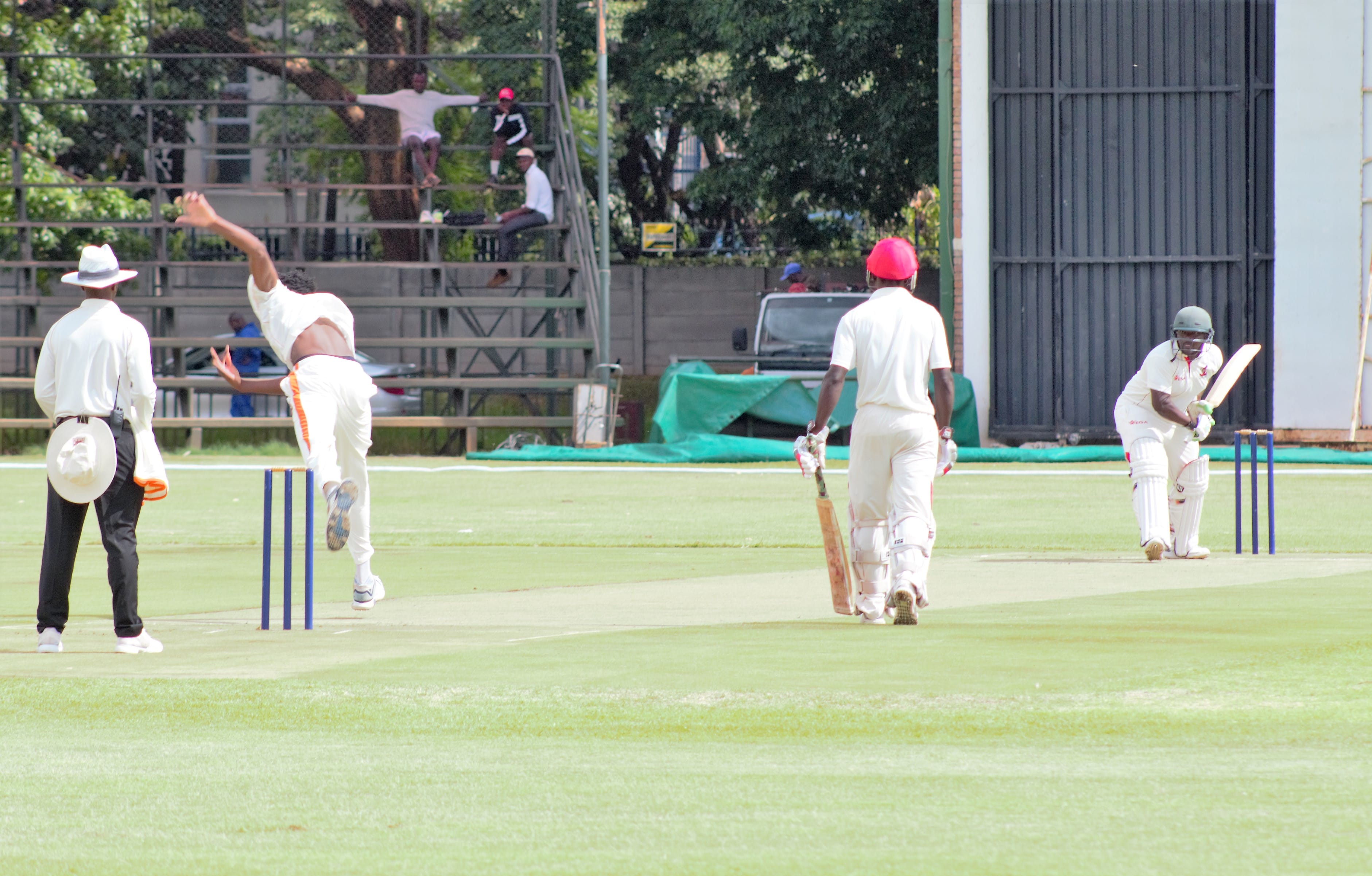 Rhinos captain Prince Masvaure achieve a rare feat in Zimbabwean cricket yesterday, the only real success in his team’s unhappy innings defeat at the hands of Eagles at Harare Sports Club.

It took just over 20 minutes for Tino Mutombodzi to take the last two wickets to give his team victory on the final morning.

This day’s play began with Rhinos in a virtually hopeless position, on 146 for eight wickets in their second innings, and needing another 113 runs to save an innings defeat.

Their only real hope would have been deliverance by rain, but it was a bright sunny morning and any rain that came later in the day would almost certainly be too late.

Their one bright spot was the batting of Masvaure, who opened the innings and was still at the crease with 59 to his credit in a superb fighting inning.

His partner was the inexperienced Hussain Bhola, who had batted stubbornly for a single overnight.

Masvaure almost threw his wicket away in the first over, as he uncharacteristically flashed at a delivery from Blessing Muzarabani outside his off stump, but fortunately made no contact.

He added four runs to the score, though, before in the second over he lost Bhola who drove with more hope than judgment at his first ball, from Mutombodzi, and was clean bowled.

Tafara Chingwara, the last man, came in and lasted a few minutes to score two runs, before he was struck on the pad and given out lbw to Mutombodzi, ending the innings for 156 and the match in a victory for Eagles by an innings and 103 runs.

Mutombodzi thus finished with four wickets for only 29 runs, but the feat of the innings was undoubtedly that of Masvaure, who provided only the eighth instance of a Zimbabwean batsman carrying his bat through a completed innings in a first-class match.

The last batsman to do so was Bernard Mlambo, who scored 61 not out of a total of 196 for Southern Rocks against the then Mashonaland Eagles in Masvingo in 2013/14.

Masvaure’s monumental innings of 67 not out was scored off 166 balls and contained four fours.

Eagles looked a powerful side, especially in pace bowling, and are probably the only side that can challenge Mountaineers for the Logan Cup this season.

Rhinos will know they have much hard work to do.

Masvaure showed his players the way, as he entered the record books, and it is to be hoped that his fine example will rub off on his team-mates.