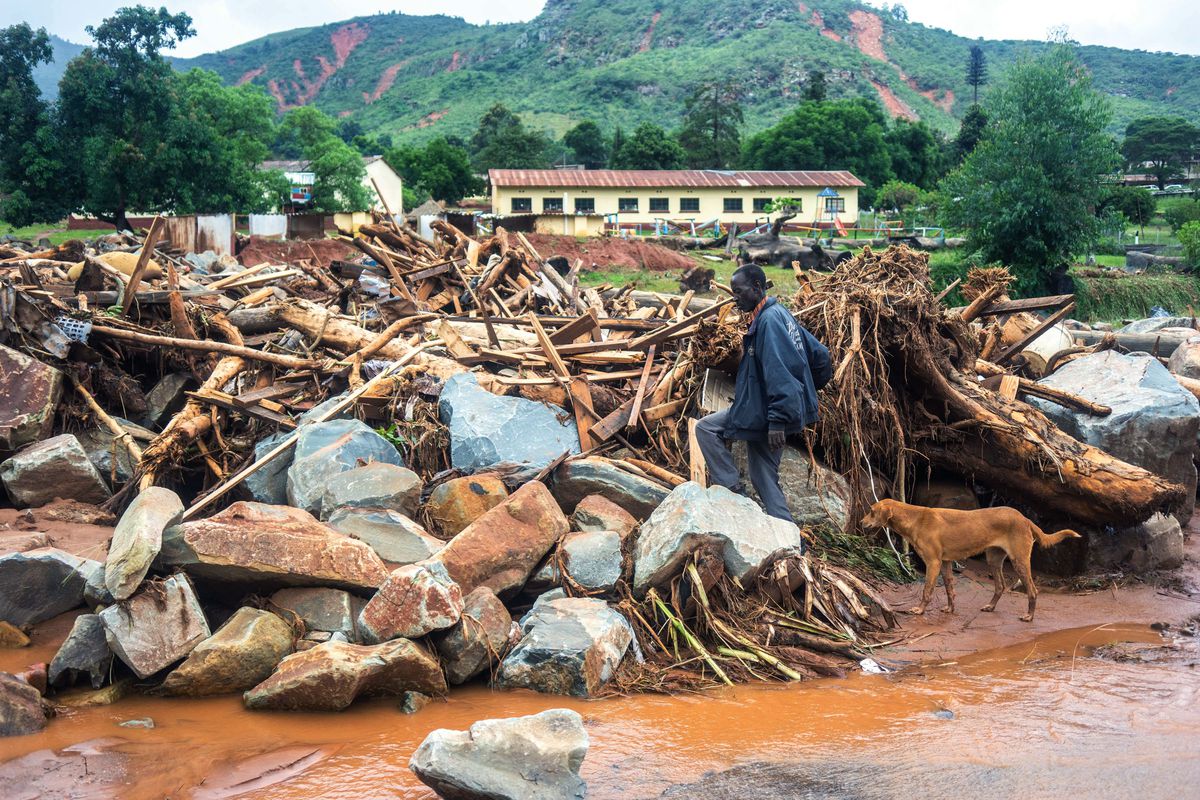 The strong winds howled in high speed, later followed by heavy or rather violent rains that pounced through out the dreadful Friday night but no-one ever thought it could turn out be one of the worst nights for the people of Chimanimani. As the rains pounced on and on, it was difficult to observe the situation happening outside. Nurse in Charge of Muchadziya Clinic in Rusitu, Tatenda Zuze, who was on night duty still vividly recalls the events of that dreadful night.

A woman was in active labor that time. He needed all the attention she could get to help deliver her baby safely. Other three women who had already delivered sat in the mother’s waiting room quietly as the rains continued to fall.

In no time, there was a power black-out and without sensing the extend of the cyclone, Zuze thought once the rains subsides, electricity will be restored.

“We had been told about the cyclone earlier and since we are the closest clinic to the Mozambique border, we were expecting a few casualties but not what we finally witnessed.

“The pregnant woman in the labour room was in pain as the baby was was about to come.

“Around 12 midnight, the roof of the female ward was blown off and we found ourselves drenched in rain but the labor process could not be stopped

“She asked about the roof, l could only tell her to continue pushing as the baby was coming out.

“she finally gave birth and that’s when l got out of the room to check the other mothers in the waiting room. We saw them huddled in the corner of the room as the other part of the roof had been teared off by the heavy rains.

“I tried moving around the small clinic to check some of the empty rooms that were not affected. We ended up moving the mothers to the male ward since it was empty and we knew the roofs were stronger since it was last to be built,” narrated Zuze.

As Zuze was grappling to come to terms with the destruction of her workplace, one of the patients alerted him to the damage that had been done to the staff quarters and immediately she thought of her family.

“One of the patients told me that the nurses houses have been flooded and my family had been helped by the neighbors to get out as the doors had swelled,” she continued.

He reckons how difficult it was for him to come to terms with the fact that his own family was in danger while she was busy saving other lives.

While so much has been done to try and restore Chimanimani back to normal, Zuze is still haunted by the images of dead people, houses washed away and helpless people, something she says will take years to disappear from his mind.

Cyclone idai which hit the eastern part of Zimbabwe mainly Chimanimani and Chipinge districts left thousands of people dead and infrastructure including roads, schools and clinics worth millions of dollars damaged.

Just In: NUST Students Arrested For Staging Demo At Campus