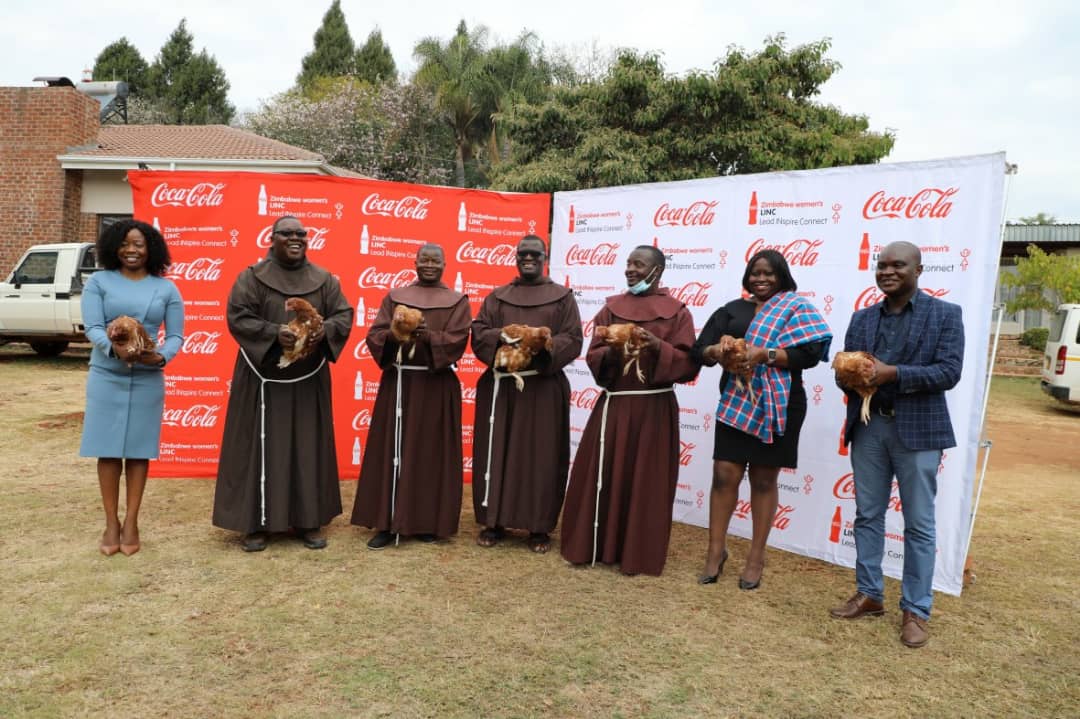 Coca-Cola Women’s Linc has donated a poultry project worth over ZWL $500 000 to Mutemwa Leprosy Centre to promote diet and generation of extra revenue for essential needs.

Coca-Cola Women’s LINC BRG is a group of influencing members working together to help advance women in their career and contribute to the business through peer-to-peer counselling and resources, trainings, inspiring talks, and much more.

Mutemwa attends to around 1, 200 outpatients per year and supports others who are homeless and destitute.

The center provides physical, material, psychological and emotional care to post-leprosy sufferers, the physically and mentally challenged and the needy.

Speaking during the handover ceremony, Coca-Cola’s Women’s LINC Zimbabwe Chapter President and Corporate Affairs manager at Delta Corporation, Patricia Murambinda said this donation is a fulfillment of the company’s burning desire to assist the community of Mutemwa.

“The donation is to help restore human dignity and take care of our community members affected by leprosy and their dependents, who have been neglected and discriminated by their families and society on account of the disease. The poultry project will provide the much-needed protein for all at the center as well as revenue for other essential needs,” she said.

The items donated to the Centre include 300 points of laying chickens, one and a half tonnes of layers feed, nine 12 liter waterfronts, nine ribbed tube feeders and stress packs that will help the center provide members with the required source of protein and revenue.

Mutemwa Leprosy Centre Administrator, Father Linus Mukumbuzi said they are grateful for the project that has come during these hard economic times.

‘Thank you for becoming more aware of those in need, especially the poor, the sick and vulnerable, including those stigmatized and abandoned by society like Mutemwa Leprosy Centre members. We are happy to work towards self-sufficiency through farming, rearing poultry, pigs and cattle and this donation is a great contribution towards this end,” said Father Linus.

Mutemwa is home to more than 50 elderly residents, including people affected by leprosy, leprosy disability and society outcasts.

The donation is coming just two months after the Coca-Cola Women’s Linc donated a fully furnished block of four classrooms and a modern office to Cheuchi Primary School, a satellite-rural school in Makonde district in Mashonaland West.