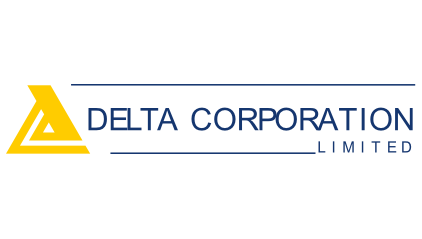 Leading beverages manufacturer, Delta Corporation this week extended a cumulative ZWL$ 1 Million worth of donations to two selected disadvantaged communities in Harare as part of the Group’s social corporate investment.

On Wednesday, under its Coca-Cola brand, the company handed over a project aimed at resuscitating various income generating projects being run by 150 women at Chiedza Childcare Center in Harare South District.

“The donation is to help greatly affected women who were now struggling to get back into business. Those who had managed to start something were doing so at a very small scale. The women pointed out that given the economic challenges facing people currently, business was generally low, and they had learnt that it was now wise to focus on what people considered as basic needs such as food,” said Patricia Murambinda, General Manager, Corporate Affairs at Delta Corporation.

The Coca-Cola Company’s program seeks to help five million female entrepreneurs across the world and 3,000 in Zimbabwe—from fruit farmers and artisans to recyclers and retailers —become part of our value chain.

At Chiedza Childcare centre, the company has been assisting disadvantaged women with income generating projects which includes production of petroleum jelly and other consumables for sale.

Sekai Shonhiwa (54), a beneficiary of the project said her life has changed for the better.

“I came here (Chiedza) with my HIV positive child. I was given kapenta and chunks and I sold it and from the profits I have since started to purchase second hand bales and now I can sell and sustain my family,” said Shonhiwa.

This was followed by another donation of items worth over ZW$500,000 towards a self-sustenance poultry project at Tose Respite Care Center this morning.

The items donated to the Centre include 310 points of laying chickens, 23 x 50kg layer 95 and 7 stress mix that will help the centre provide its residents with the much- required source of protein and revenue.

“The donation will assist take care of our community members who have learning disabilities. The poultry project will provide the much-needed protein for all at the care home as well as revenue for other essential needs,” said Murambinda.

Tose aims to improve the lives of severely disabled people and their families assisting clients to achieve all that they can, particularly those with multiple disabilities.

We Cannot Borrow Money To Sustain The System: Teachers