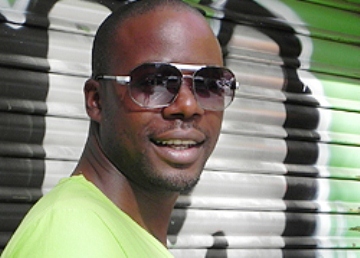 Following his remix of the early 90s’ chart topper, Chetekete by the late music superstar Leonard Dembo, music lovers have accused popular rapper Stunner of messing up the iconic track.

Despite disdain, Stunner has maintained that his remix is a banger citing that he whipped fans into a frenzy when he performed the song in Victoria Falls last December.

In reaction, fans told the Godo singer to swallow criticism and work to improve himself.

Another added, “Only P Diddy could take hits from the 80s add some rap lines and turn them into worldwide anthems. Chitekete inyowani zvaramba homeboy.”

“Zviri very possible but since most singers use self-taught producers and not players of music, the resulting sound is just digital lacking music depth. AKA’s wedding song is a good example of how to remake a classic song. there are very few good musicians and producers in zim currently due to over use of digital sound.”

According to reports, on its release, Chitekete album sold 100 000 copies in the first 3 months. In 1996 the title track Chitekete became the only Zimbabwean song to be played during the Miss World Pageant in Namibia.