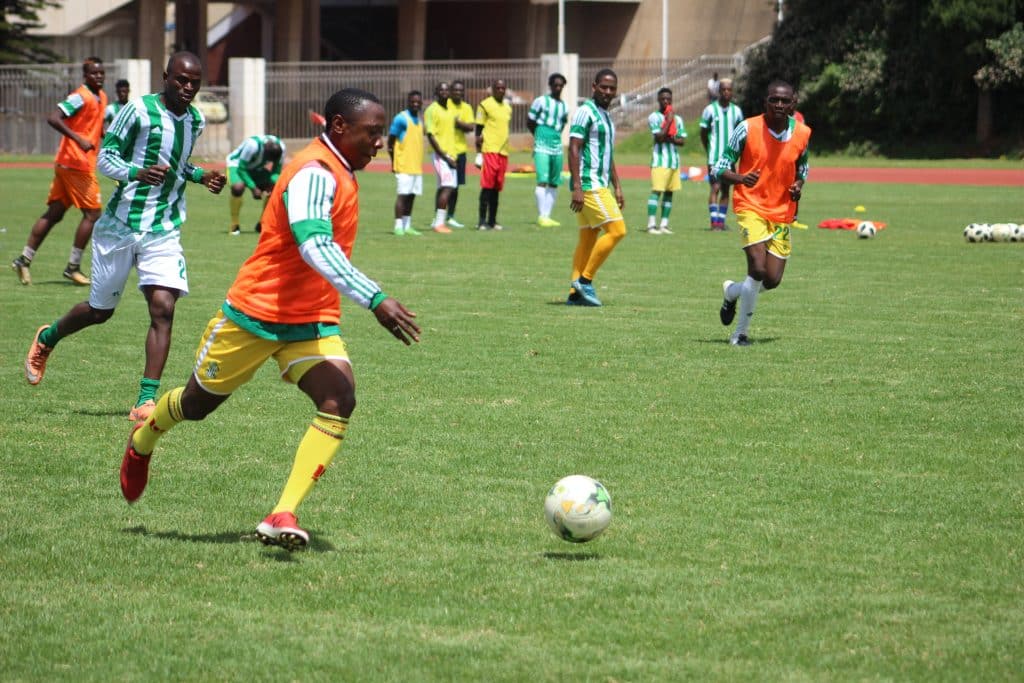 Injured Caps United captain, Hardlife ‘Nairobi’ Zvirekwi had a reason to smile today after football players and coaches converged at Parirenyatwa Hospital to check on his condition following his involvement in a tragic traffic accident that left his hand crashed and amputated.

263Chat talked to Zvirekwi who took time to explain the events leading to the accident that left him hospitalized.

“I was coming from a friend’s birthday party in the early hours of Monday, when I was approaching East 24, I failed to negotiate a curve and immediately saw someone crossing the road, I thought of swerving but lost control,” said Zvirekwi.

Former Warriors coach, Kallisto Pasuwa talking to players and relatives who visited Zvirekwi said the combative defender is one of the players who are focused and easy to work with.

“Hardlife is one player who any coach would like to work with because he pays attention and puts effort in everything he does.

“When we were at AFCON in Gabon, football was different but he managed to match my expectations as a coach.

“I wish Hardlife a quick recovery, life has ups and downs, but God has a reason for everything,” said Pasuwa.

Former Caps united striker, Honey Chimutimunzeve and Terence Mangezi were some of the footballers who visited Zvirekwi at Parirenyatwa.