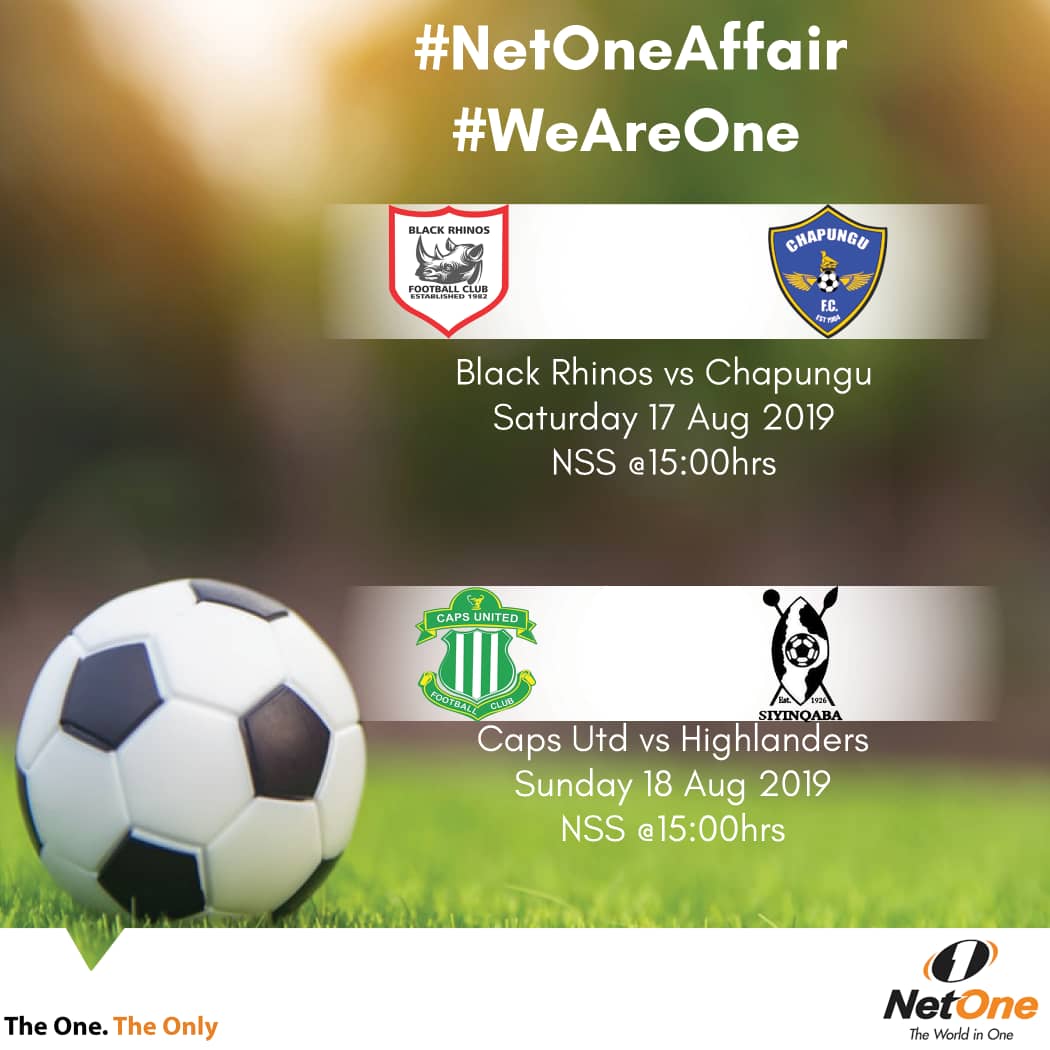 The stage has been set. National Sports Stadium is the venue.

It promises to be a mouthwatering NetOne family affair this weekend as all the four teams bankrolled by the country network provider face off in the Castle Lager premiership league matches.

The coming in of NetOne Cellular on the local football arena seems to have brought the much needed stability to the clubs as the cost of running a football club in the country is not a mere stroll in the park.

It promises to be a thrilling double billing encounter, as NetOne sponsored teams will be plotting to outclass each other.

Action starts on Saturday with Black Rhinos under the guidance of Herbert Maruwa taking on Chapungu at the giant National Sports Stadium.

Chauya Chipembere will be looking to consolidate their title credentials having lost 1-0 to Highlanders recently, while Waru-Waru will be looking to reignite their ship that had stuttered after a promising start in the current campaign.

The reverse fixture was a four goal thriller that ended 2-2 at Mandava Stadium.

Since 2014 the two sides have met seven times with Waru-Waru being the dominant emerging victors on three occasions.

They have shared the spoils on two occasions. Since the same period the fixture between these two has produced 10 goals, with Chapungu having scored six while Rhinos scored four.

Chauya Chipembere were relegated in the 2014 campaign and spending a two year hiatus away from the Premier Soccer League.

Ironically that season they were in the relegation mix with the airmen but a superior goal difference (0) condemned Chauya Chipembere (-9) to the second tier after both sides were tied on the same point mark (37) in the final week. Twenty four hours later, football fans will be treated to what usually turns out to be the best encounter of the season when Makepekepe, that has been blowing hot and cold, face a resurgent Bosso at the same venue.

Bosso, although on a low key, has been picking crucial points and are unbeaten in their last six league matches. They won three matches with identical 1-0 margins and the other three ended in draws.

From as many matches, Caps United hasn’t been in convincing form for a title aspiring team as they won two, drew two and lost two.

It remains to be seen as to who between the two NetOne sponsored giants will claim the big day.

Meanwhile, NetOne Cellular has put forward an incentive for supporters who will pay through its One Money facility by reducing the entrance charge by 50 percent. The move is aimed at empowering NetOne subscribers to enter the stadiums and enjoy the games.

Also in place to welcome new subscribers, is a promotion dubbed “Reactivate Sim” which gives customers back the purchase price of their lines from any NetOne shop as airtime, for both dormant and new lines.

“Football is undoubtedly not only Zimbabwe’s, but the worlds most enjoyed pastime and draws emotion, unity and debate amongst many other positive attributes. As NetOne we are complimenting the efforts of the football governing bodies to promote peace at football matches through our campaign #WeAreOne. The initiative will make use of roadshows targeted at supporters in towns and cities, spreading the message of “Peace”, said NetOne Head Public Relations, Dr. Eldrette Shereni.