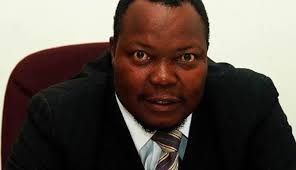 Movement for Democratic Change (MDC), Deputy Chairperson, Job Sikhala was this morning charged with attempting to overthrow a constitutionally elected Government following utterances he made while addressing a rally in Bikita, Masvingo over the weekend.

Sikhala reported at the Harare Central Police Station this morning in the company of his lawyers after being summoned yesterday.

He has since been charged with subverting constitutional government as defined in section 22(2)(a)(iii) of the Criminal Law (Codification&Reform) Act for allegedly advocating for the overthrowing of govt through unconstitutional means.

In an interview with 263Chat, Sikhala’s lawyer, Obey Shava said the Zengeza West legislator had been officially arrested for attempting to overthrow a constitutional government.

“I am with him at law and order Harare Central Police Station; they have formally proffered charges against him. He is being with charged attempting to overthrow a constitutionally elected Government,”

“We have responded to the charges denying the allegations in their totality. We are prepared to go to Court and since morning we have been preparing, anticipating different scenarios so we are waiting for the police to put it out in order and take him to Court,”

Shava was however skeptical of police delays in processing documentation to appear in Court today since morning, a case he said was proving highly unlikely to will yield anything positive.

“Legally he has been arrested, that is the official position,” added Shava.

Sikhala told MDC supporters while addressing a rally in Bikita that his party was committed to overthrow President Emmerson Mnangagwa before the next elections.

“We are a committed leadership that will give Zanu PF headaches and [Amos] Chibaya was not lying or joking about the war and fight we are going to take to the doorsteps of Emmerson Mnangagwa. We are going to overthrow him before 2023 that is not a joke,” Sikhala said

Meanwhile, MDC spokesperson Daniel Molokele said the party stand by Sikhala, contrary to statements that the party disowned his statements.

“We stand by our Honorable vice chairman, we will be alongside him during the course of his trial tomorrow so we haven’t abandoned him like what other people are implying,” said Molokele.

Org Calls For Gender Sensitive Support To Victims Of Idai