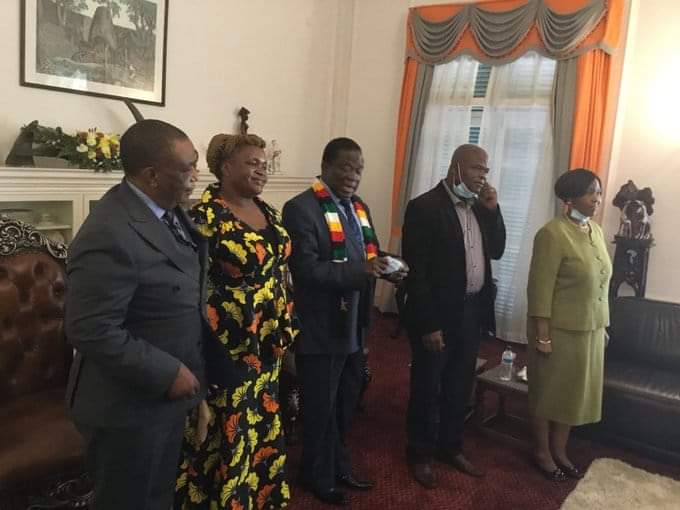 Opposition MDC Alliance has responded to the defection of two senior members, Senator Lilian Timveos and former legislator Blessing Chebundo who have joined Zanu PF saying it is their right to join any political party of their choice.

Posting on Twitter, MDC Alliance said the party respects the decision by Timveos and Chebundo to associate with a party of their choice.

“We respect the right of Sen Timveos and Mr Chebundo to freely associate with a party of their choosing. We remain focused on championing the cause of the people, being a voice of the masses and winning Zimbabwe for change under the able leadership of President @nelsonchamisa,” the party said.

MDC Alliance deputy national secretary for communication, Felix Magalela Mafa Sibanda had no kind words for the two describing them as sellouts who abandoned the ship in the middle of a marathon race.

“My Political Science Education tells me that, each generation has its prophets, sell outs, liberators, shepherds, oppressors, men and women of good will. Revolution is a process or a marathon race which needs people who persevere, patient, calculative and resilient to the last drop of their sweat and blood.

Ironically, Chebundo twice defeated Mnangagwa in the 2000 and 2005 Kwekwe Constituency parliamentary election with Mnangagwa being tipped to easily win the constituency.

Timveos was Senator for Midlands (MDC Alliance) before being recalled from Parliament by the rival Douglas Mwonzora led MDC- T.

The MDC Alliance is battling to shake off the aftershocks of a decision by the Supreme Court, which ruled Nelson Chamisa as an illegitimate leader of the MDC-T founded by the late Morgan Tsvangirai.

I Am Innocent, Says Mohadi

Chombo Arraigned Before The Courts For Fraud, Criminal Abuse of Office