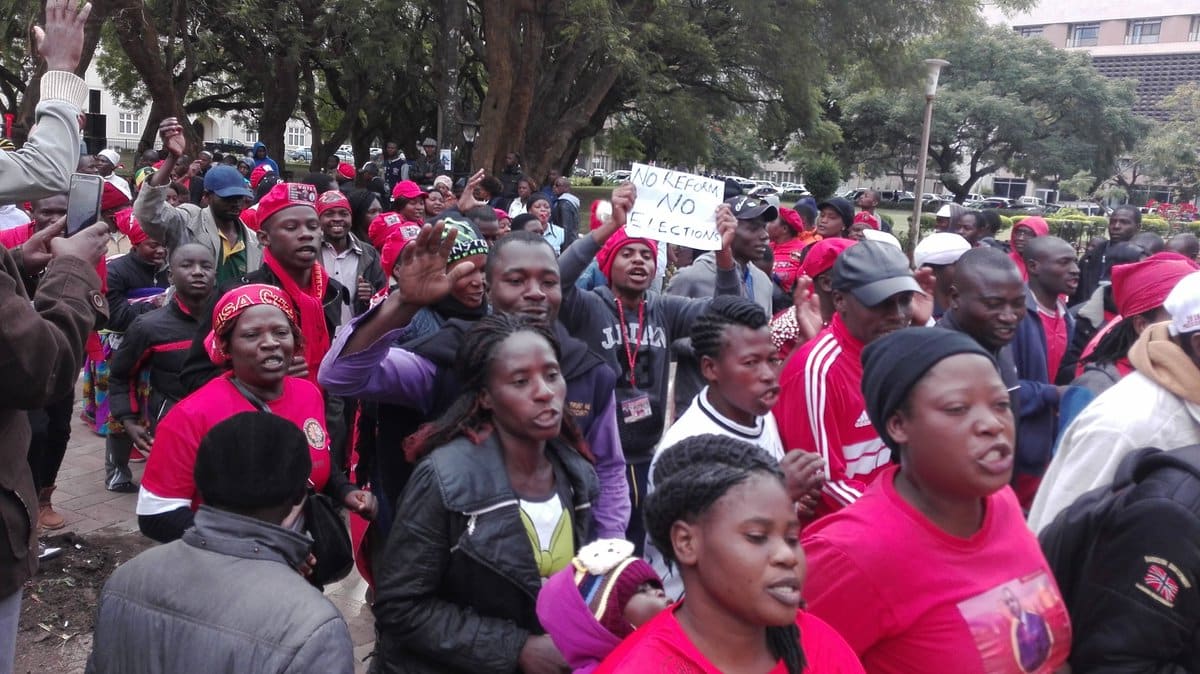 Zimbabwe’s most active opposition party, Movement for Democratic Change (MDC) was this week was granted the green light to go ahead with their planned protest against the President Emmerson Mnangangwa led administration over deteriorating living conditions of the general populace as well as ever escalating inflation.

The party is set to demonstrate against a number of things which they feel have taken the country to its knees among them, electricity, fuel shortages, ever raising prices of basic commodities, unemployment, corruption among others.

The move, according to the party, is meant to ‘force’ the government to act on the deteriorating state of the economy.

In an interview with 263Chat, MDC Youth Assembly Secretary General, Ostallos Siziba confirmed they had been cleared to conduct the demonstration adding that the party had identified five key grievances to present to government.

“Yes on the 16th of this month we shall take to the streets as the Movement for Democratic Change and for us as the youths we are deeply concerned with five grievances chief among them shortage of jobs, high costs of tertiary education, shortages of money and the general impoverishment of citizens that’s why we are demonstrating,” said Siziba.

MDC leader Nelson Chamisa has in the past hinted that he will give a signal for mass protests against the Zanu PF Government which he has flatly refused to recognize since the July 2018 harmonised elections.

There are mounting fears the demonstration could turn bloody following threats by Zanu PF that they will unleash soldiers should the opposition seek to over throw the government through protests.

Defence minister Oppah Muchinguri and her deputy Victor Matemadanda are on record saying the army will be readily deployed to quell any political unrest.

Zimbabwe has a very tainted record of mass demonstrations with the August 1 2018 and January 14 2019 protests turning bloody after government deployed soldiers on unarmed civilians causing the death of more than 10 people, hundreds injured and thousands arrested.

The country is on the edge due to the skyrocketing cost of living and the MDC protest could trigger another wave of anti-establishment reminiscent of the November 2017 when former President Robert Mugabe was dethroned.