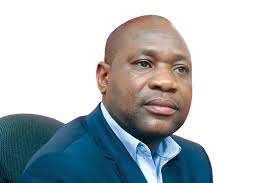 The Media Institute of Southern Africa (MISA) Zimbabwe has joined hands with other media stakeholders that include the Centre for Applied legal Research (CARL), Southern African Research and Documentation Centre (SARDC) and the Zimbabwe National Editors Forum (ZINEF) in an effort to improve the coverage of issues to do with the national constitution which was adopted in 2013.

However, most of the editors present had a feeling that issues to do with the constitution must be incorporated at journalism schools during training such that when students join different newsrooms, it will not be a new phenomenon altogether.

“We have seen that most journalist have little or no interest in reading the constitution on its own more so writing stories do with the constitution. We can then deal with this problem once and for if this issue is incorporated into journalism training schools syllabus,” said one of the editors present.

Speaking at the same event, SARDC representative Kizito Sikuka noted that the non-availability of experts who can break down the constitution has been yet another hindrance to constitutional issues being written about regularly.

“Another problem is that we do not have constitutional experts readily available to break down some of these issues to our media practitioners. This is the simple reason why we see that from the few stories written, most sections are just copied as there are from the constitution,” he said.

However, CARL representative, Doctor James Tsabora said his organization was ready to make available experts that would help the media understand constitutional issues.

“It’s easy, we can provide a list of experts, their area of expertise and their contacts. We really need to prop up this area of reporting,” he said.

All the parties agreed that special courses and training workshops were to be rolled out soon to assist media practitioners in this regard while media wards in this category are to follow as well.