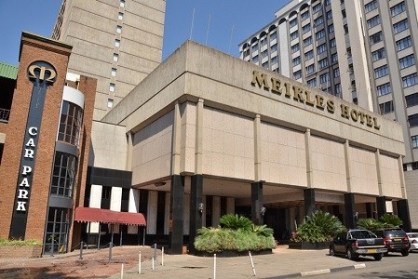 Diversified listed company, Meikles Limited says its agricultural subsidiary-Tanganda has been strongly capitalized to sustain its operations separately from the Group ahead of its unbundling before year end subject to shareholder approval, 263Chat Business has learnt.

The Group which owns various business portfolios in agriculture, hospitality, retail and security has already announced that the unbundling of Tanganda will be the first of many spin-offs as it wants to narrow its focus on the retail business.

There have been concerns about the unbundling of Tanganda over its sustainability but the Group says since 2011, it has been funding the subsidiary adequately to sustain its diversification strategy.

Tanganda has vast tea estates in the eastern parts of the country and has been diversifying its focus over the past few years into export earning macadamia nuts, avocado production and solar energy generation.

“Tanganda is now in a strong financial position and well set to independently sustain its operations going forward,” the Group announced in its latest trading update.

“As at 31 March 2021, Meikles has cumulatively injected US$20.8 million for macadamia nuts and avocados plantations development, an avocado processing facility and recently for solar power plants. Further capital has been provided subsequent to the year-end,” it added.

Subject to shareholders approval, Tanganda is to be unbundled in the months before the end of the calendar year and is to be separately listed.

The unbundling of Tanganda is meant to give the company its own identity and enhance shareholder value.

This dispels a historic view that a grouping of related entities into a conglomerate structure is most suitable for shareholders in terms of value creation.

The Zimbabwe Stock Exchange has witnessed several companies unbundling their subsidiaries to create strong shareholder value with Econet Zimbabwe’s unbundling of its digital subsidiary- Cassava Smartech being a notable example.