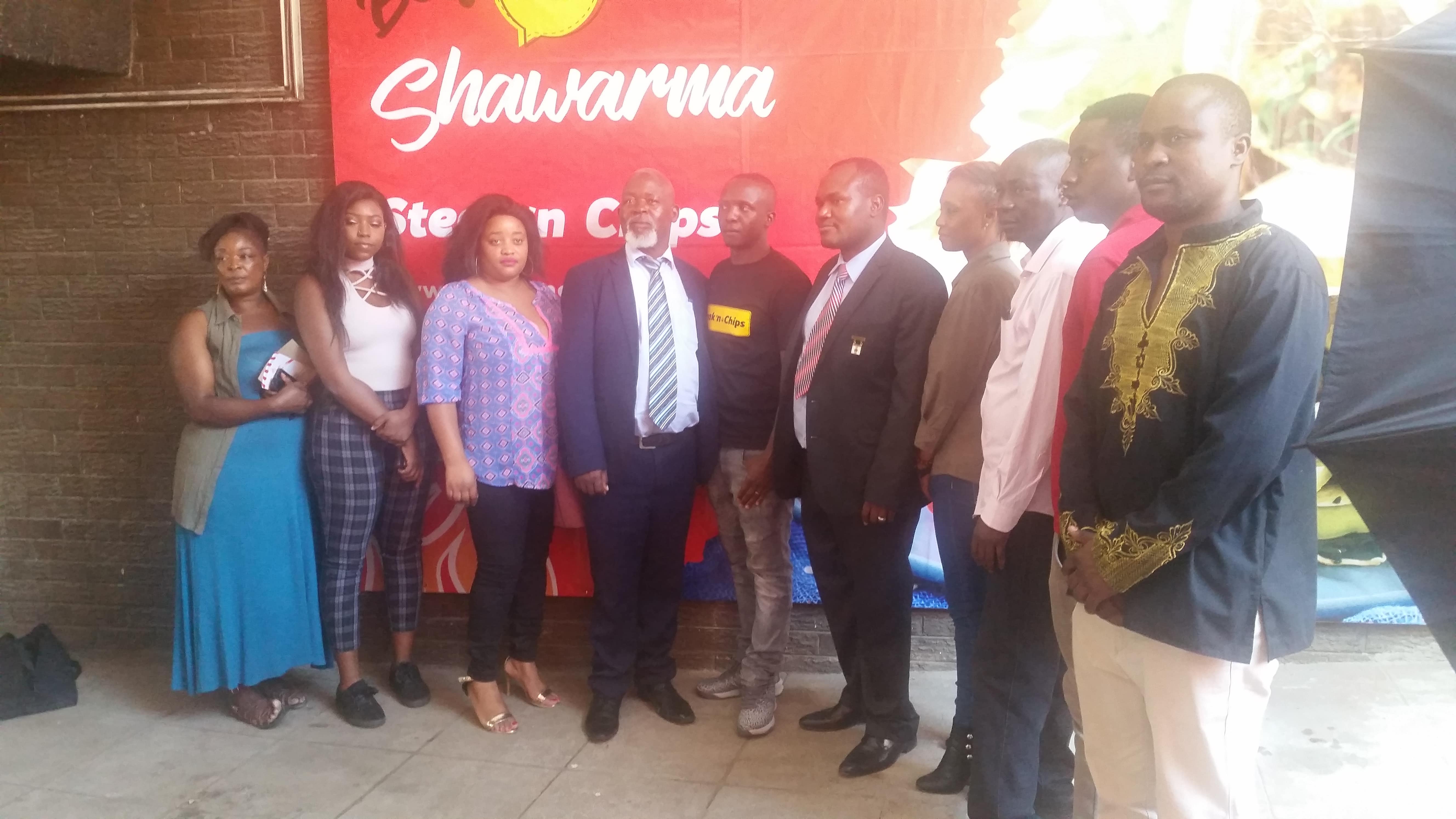 A new fast foods outlet, Steak n’ Chips was officially launched in Gweru by the director in the Minister of State for Midlands Provincial Affairs Cleto Diwa over the weekend amid pomp and funfair.

The outlet, wholly owned by a Gweru resident, officially opened its doors to the public  over the weekend in an event that was attended by several dignitaries and the at large 5th Street.

Speaking on the official launch, Diwa, representing the Minister of State for Provincial Affairs Senator Larry Mavima, said it is motivating and a welcome development to see youths in the province venturing into entrepreneurship like what Steak n’ Chips has done.

“On behalf of the Minister of State for Midlands Provincial Affairs I wish to welcome you all to the official grand opening of Steak n’ Chips.

“A fresh face in the fast foods industry in Gweru and I am pleased and honoured to see young people, from the owner to the staff, who are working hard to raise our mantra, ‘Zimbabwe is open for business’,” director Diwa said.

The owner, 30 year old Midlands State University graduate, Tawedzerwa Mudzvoka, said the company started as an informal organisation that was into vending of basic commodities way back in 2008.

Through persistence, as he said, he kept growing his business until it was a fully-fledged company and ventured into the mobile cell-phone resale industry before finally opening the fast foods outlet at an estimated cost of $40 000 .

Steak n’ Chips currently employs more than 28 employees from its bakery which is operates from Mkoba 6 as well as the fast foods outlet, while it boasts of highly qualified chefs.

“We have very seasoned chefs in our kitchen. One of our chefs was at Meikles Hotel, the other one at Sheraton Hotel while others were  were at outlets such as Eat and Lick and Pizza Inn.

“We also have a quality controller, who has been in the food industry for 21 years, so every day before  food is released, he runs samples,” Mudzvoka said.

However,  Mudzvoka said his intention was not to compete with the major players in the fast foods industry but with the massive response and support from customers, Steak n’ Chips is heading towards that direction.

Mudzova  recalled how he started from the street and how the business has become  fully fledged and set  to make a mark in Gweru.

“I started in 2008 when we were selling things like cooking and soap outside TM Supermarket (now MegaMart) and that’s when I discovered that when there is a need and you come with solutions, you can make money than just complaining.

“After graduating at MSU I started a small photocopying business until I managed to venture into the cell phone business but as forex became scarce in the country I then realised it’s better to start a business that needs local resources which don’t need forex, and that’s when I came up with the idea of a fast foods outlet” he said.

Mudzvoka said the major players in the fast foods industry had begun taking customers for granted due to their established market base and decided to take the opportunity and pave way to service the Gweru market for a start.