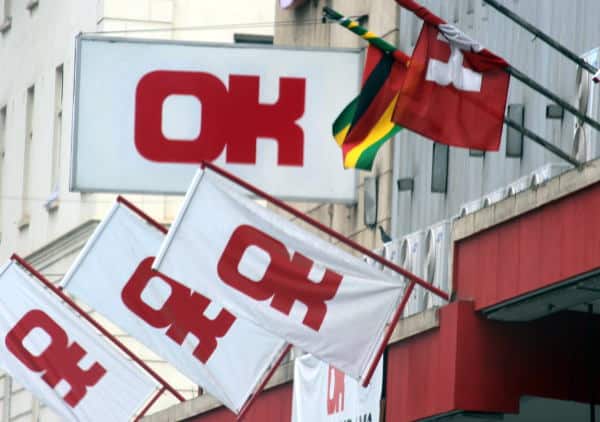 Retail giant-OK Zimbabwe profit after tax for the year ended March 2021 dropped by 46 percent to ZWL 1.1 billion from ZWL 2.0 billion in prior year as high operational costs coupled with weaker trading during lockdown weighed heavily on earnings.

Revenue marginally declined by 2 percent to ZWL 34.3 billion from ZWL 35.0 billion in the prior year due to reduced consumer disposable incomes.

The trading period was characterized by hyperinflation which peaked 837.5 percent in July before gradually declining to close at 240.6 percent.

“The operating environment for the financial year under review was affected by Covid-19, with lockdown restrictions in place throughout the period. The lockdown measures negatively impacted business through supply chain disruptions and reduced consumer disposable incomes,”

“The Group was also unable to hold its flagship promotion, the Grand Challenge. As a result, volumes for the year declined by 13% from prior year,” said OK Zimbabwe chairman, Herbert Nkala.

Overheads grew by 6 percent over prior year.

The measures implemented by the Group to curtail the spread of Covid-19 increased the cost base.

The Group embarked on a brand repositioning exercise for all its store brands, namely OK, Bon Marché and OKmart to meet emerging customer requirements and market trends.

The resumption of the Grand Challenge promotion in the current financial year is expected to underpin volume growth in the first quarter, the company said.