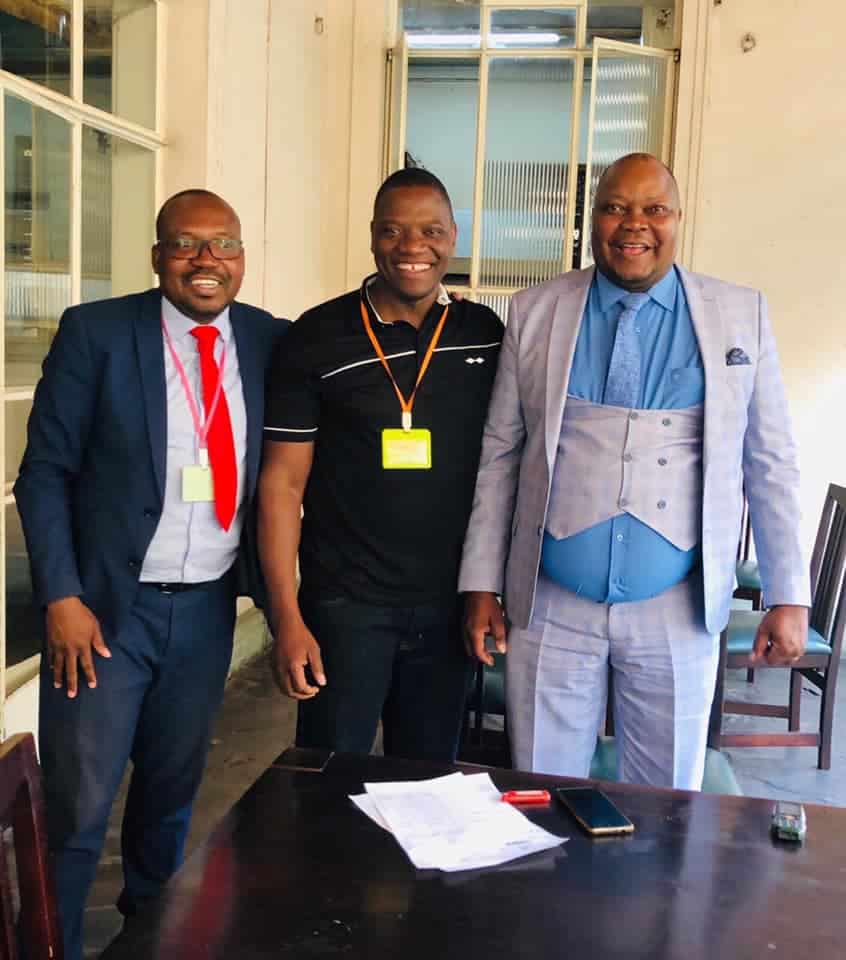 Forget about the biting economic situation, the death and burial of the late former President Robert Mugabe, the most trending topic on social media in Zimbabwe at the moment is without doubt the opposition MDC heavyweight, Job ‘Wiwa’ Sikhala.

The firebrand politician could not have anticipated that posing for a picture clad in his suit with a rather under-sized waist coat would make him the most talked about person in the country.

With some who wished for their relationships to be as strong as Movement for Democratic Change Vice Chairman, Job Sikhala’s waistcoat buttons that remained intact against pressure from his bulging stomach, others felt sorry for the waist coat for overworking to stay in shape.

Below are the reactions to Sikhala’s trending picture.

Nigel Gwirikwiti Grace Marime Stop it ! 🤣🤣🤣🤣. The potbelly is desperately fighting for its liberation . Ironically , the man is fighting for the Republic’s liberation. 🤔

Mai Mandla Someone actually let him leave the house like that? And told him it’s OK to take photos? Wow😳

Now I believe Sikhala when he says he wants to topple the government, anechivindi chisingaite (He has got courage) Does he have a mirror in the house