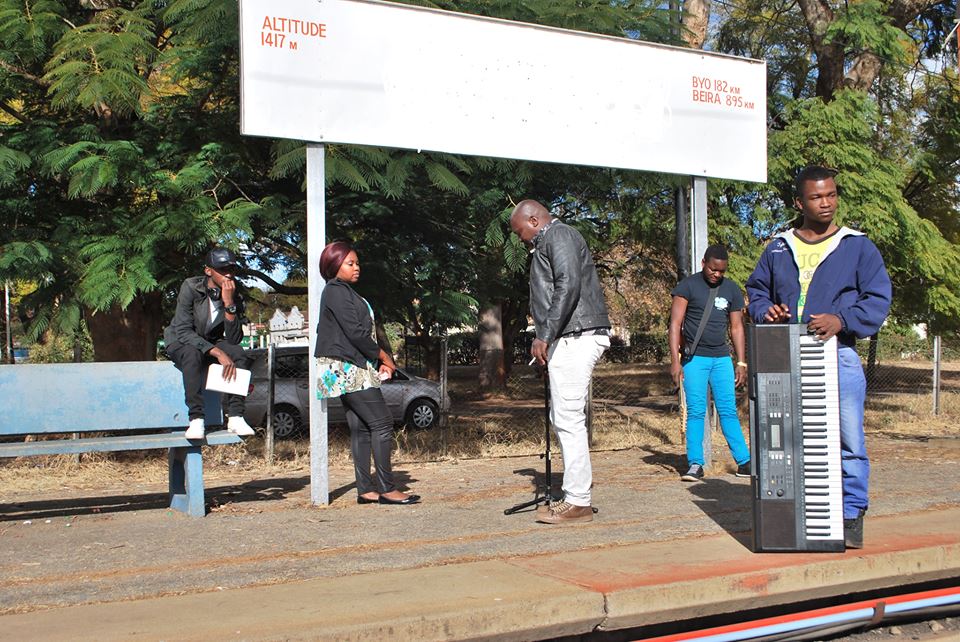 It’s almost summer time in Zimbabwe and its new album galore!!! Most musicians, popupar and new are scrambling for the market share in an otherwise oversubscribed market releasing new material. Gweru based Deep Roots studios is set to claim a share on the music industry through the release of their first compilation album aptly titled Deep Roots Volume 1.  The ten track album will be released and officially launched at Kaprinis, in the Midlands Capital on 28 July 2016.

This writer had a studio listening opportunity for the album and can, with no doubt predict that the album will be a scorcher. It is a potpourri of musical styles, ranging from Afro-pop, Chigiyo, hip-hop, RnB and Zim Dancehall albeit featuring mostly unheralded artists.

Opening the album is a hip-hop track titled “mari” done by Lil Pace. This track is sure to get the attention of both old and young hip-hop cats. It is easy to the ear, reminiscent of the sound which hit the world at the turn of the millennium championed by international such as Nelly and Kelly. Unlike most hip-hop songs coming from Zimbabwe, Lil Pace does not spit about his fantasies rather he sings about the present realities of young people who spend all day hustling trying to make ends.

The lyrical content is absolutely  going to resonate with many young people. Also contributing a hip-hop song on the album is Capital, his song pongwe which features Kim is pregnant with meaning, pongwe is Shona for stock-borer. Capital realised that in Zimbabwe, it is easy to attract the attention of the masses if your lyrics are clean and to that end, in his song he metaphorically laments the demise of his family, equating the challenges he is facing to the devastating effects of the maize borer.

Legion, Patt B and Junior King nephew to Zim Dancehall star King Shaddy added the Zim Dancehall flare to the album. Legion’s song Dhimoni is with no doubt the hit that Zim Dancehall was missing. The calypso influenced self-praise song sticks to the listener probably due to Legion’s intelligent use functional metamorphosis of song. For his hook, he borrows the melody of Baba Mechanic Manyeruke’s song of the same title. Part of the song Legion sings:

Here Legion, speaks of the crisis faced by most artists out of Gweru who have little or no airplay. He is one of the few artists in Gweru who are known throughout Zimbabwe. With this song, Legion cements his position as one of the top crop Zim Dancehall artists. Patt B, though unknown has potential to lure followers with his song Handinete kusvipira. He managed to fuse kalimba, with computer generated music giving a stamp to his music. With persistence Patt B has potential to become a star. He has a powerful voice but above all unlike most of his contemporaries he is actually musical.

Deep Roots Volume 1 takes music aficionados way back in time with an inclusion of Chigiyo. Clayton Jonas better known by his moniker ‘Chaki’ features with a Chigiyo song mai mwana. The raspy voiced artist who was nominated for best traditional music at Zimbabwe Music Awards in 2015 has shown great signs of improvement from his first effort. Deserving special mention is his lead guitarist, his timely staccato melodies are akin to Zig Zag Band. Songstress Fortunate, laced another Shona traditional music inspired song titled Zirume. Again this song utilises functional metamorphosis of song in which the artist borrows the melody and lyrics of a shangara song Zirume. On this effort she speaks of how many mistreat women.

Belgium based R’nB artist Leander provided ‘Far Away”, which is track number ten on the album.

The album was recorded and produced by Yulesis Katoto a recording musician in his own right. His effort Ndodonha digresses from the Afro-contemporary style. The love ballad will sure give frisson to soul and R’n’B music connoisseurs. It is a stripped song which gives prominence to the keyboard and acoustic guitar. It is a feel good song from a well-rounded and accomplished artist.