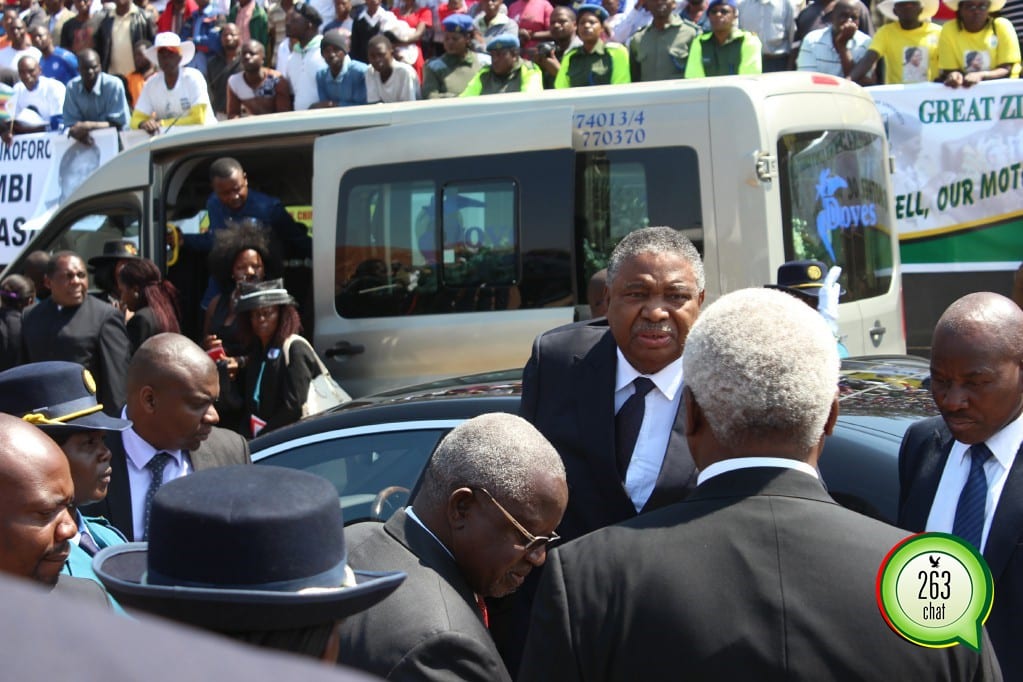 Scores of Zanu PF youths who caused chaotic scenes at the National Heroes Acre on Sunday said they wanted Vice President Emmerson Mnangagwa to preside over his late ally, Shuvai Mahofa’s burial instead of the Acting President Phelekezela Mphoko.

The youths, some of whom were clad in Zanu PF regalia with Mnangagwa’s name said they were protesting the decision by President Robert Mugabe to let Vice President Mphoko preside over the funeral.

Hundreds of youths in the terraces made interjections midway through Mphoko’s speech resulting in the intervention of state security agencies and police officers.

“We are angry at President Mugabe for according Mphoko the right to preside over this funeral. He is our enemy; in fact, he and other G40 people are responsible for the death of comrade Chikoforo.

“They tried to kill her two years ago but she survived but now they have finally succeeded,” said one angry youth only identified as Cde Mafa.

“We came here expecting to see our Vice President Mnangagwa because he is the perfect person to have buried Cde Mahofa because they were on the same page, they understood each other better and were fighting for a common goal, which is preventing the G40 camp from succeeding Mugabe,” said the youth.

His sentiments were echoed by another youth who identified himself as Cde Elias who said by letting Mphoko bury a Lacoste frontier, Mugabe was causing more divisions within the already divided party.

“President Mugabe should have come to preside over the funeral because now the G40 thinks it has all the power while our candidate (to succeed Mugabe) is the loser. This will cause more tension within the two camps,” he said.

Mugabe, who rarely misses the burial of national heroes, did not attend Mahofa’s burial as he “arrived in the early hours of yesterday morning and needed time to rest,” according to Zanu PF Secretary for Administration, Ignatius Chombo.

Speculation were rife yesterday that Mugabe absconded from the funeral because it had turned factional.

Mugabe earlier in the week had ordered that the funeral be presided over by Mphoko, despite the Mahofa family disapproving and willing to wait till Wednesday, when Mugabe would be back in the country.