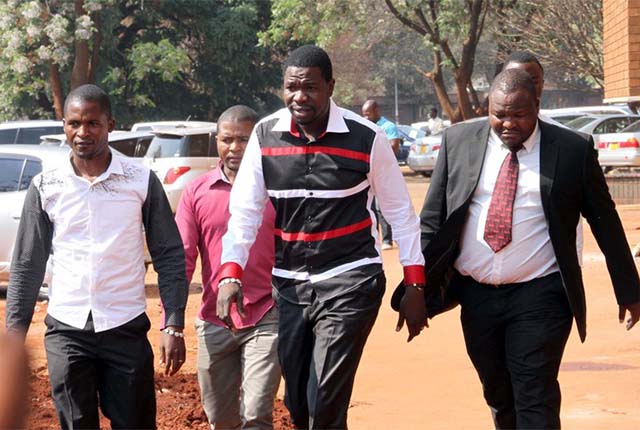 Women rights pressure groups have called on the government to urgently set up a commission of inquiry into the alleged rape cases levelled against Prophetic Healing and Deliverance (PHD) Ministries founder, Walter Magaya, 263Chat can report.

Addressing press earlier today, Women’s Coalition of Zimbabwe chair, Ronika Mumbire said the string of sexual abuse allegations by various women against the man of cloth is cause for concern and should be looked into as a matter of urgency.

She also said it was baffling that apparently all victims alleged to have been sexually abused by Magaya have retracted their accusations, a case that informs their skepticism.

“Equally disturbing is the series of videos and images in circulation, where the women who had initially reported violations are withdrawing their reports through the same platforms. This raises questions around credibility of allegations, public confusion and backlash,” she added.

Recently, Magaya hogged limelight following a video that went viral were one Molly Maenzanise accused the PHD Ministries leader of raping and impregnating her daughter.

In another case, church members Charity Dlodlo and Sarah Maruta approached a local news outlet both claiming to have been sexually abused by Magaya and a few days later Maruta shifted goal posts accusing Dlodlo of coercing her to conspire against the prophet.

Dlodlo herself followed suit days later, appealing for Magaya’s forgiveness saying she had been “used by the devil”.

This sparked widespread suspicion that the alleged victims might have been bribed or intimidated hence backtracking on their accusations.

There hasn’t been any official response by the prophet who is also currently defending rape allegations involving a 25 year old Midlands State University student then in 2015.

Among a host of other allegations linked to Magaya are cases of bribery of journalists and police.

Recently newly appointed Zimbabwe Anti-Corruption Commission chair, Justice Loice Matanda-Moyo warned church leaders against corrupt activities, a comment that has been widely construed to be a warning shot towards the embattled prophet.