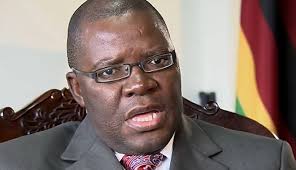 Following disruptions, Biti asked the press and Zimbabwe Anti-Corruption Commission officials to leave the house while they sort out their issues, with the committee reconvening after an hour with Zanu PF legislators to continue with their disruptions.

The Public Accounts Committee was due to get explanations from parastatals that failed to submit their financial accounts to the Auditor General for audit.

“My point of order is in connection with our issues regarding this committee, particularly our chairmanship that we have been disputing as Zanu PF comrade members of PAC. We have raised the issue in our previous meeting. You in particular as MDC have refused to recognize our President,” Raidza said.

Biti however interjected by asking the ZACC officials led by one of the commissioners, Mr Gabriel Chaibva and the press to take their leave while they sort out their grievances in private.

“No, the issue has nothing to do with ZACC and I would have thought the issue was raised before we had invited our visitors and the press,”

“We were on our own before ZACC came, before the press came. So I’m actually disturbed by the timing of your question. But be that as it may, I will ask comrade Chaibva and your team to excuse us,” Biti said.

This is not the first time the PAC has adjourned its business following a similar stunt by Zanu pf officials who walked out of the meeting when Zanu pf sympathizer and owner of Sakunda Holdings, Kuda Tagwirei had been called for investigation for alleged corrupt tendencies.

The inter-party politics have seriously affected the smooth operations of the committee with some Zanu pf officials constantly coming up with shrewd ways to frustrate investigations into some of the party darlings.

Upon return after having sought guidance from the Clerk of Parliament who restated the committee to continue, Nduna and Raidza continued to disrupt proceedings.

Some MDC members accused the two of being bribed by Sakunda, who are due to give oral evidence to the committee next week to set the precedence.

CCC In Renewed Promise For A Better Zimbabwe