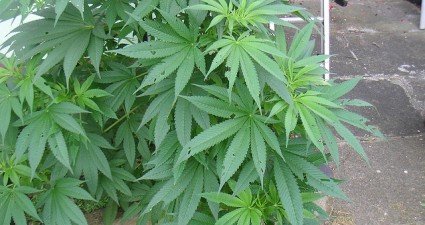 Zimbabwe will in the next five years export around US$ 100 million worth of industrial hemp-a variety of the Cannabis sativa plant species that is grown specifically for industrial use, 263Chat Business has established.

Industrial hemp is used in the manufacturing of various foods, beverages, pharmaceuticals and personal care products.

A Statutory Instrument (S.I) 218 of 2020 which stipulates the production of industrial hemp is now in place.

“The industrial hemp market worldwide is expected to hit US$ 28 billion by 2027, so just for you to get an idea o0f the size of market we are looking at and from the forecast that has been given by the Minister of Finance, we are looking at a contribution of around US$ 100 million from industrial hemp in as far as what we can generate as a country but we are looking at achieving these figures possibly in five years,”  Agricultural Marketing Authority (AMA) Chief Executive Officer, Clever Isaya told reporters at a tour of Tobacco Research Board (TRB) laboratory today.

Zimbabwe is battling foreign currency shortages to meet its external obligations and also to sustain its volatile currency as a result of weak production and low export receipts to generate sufficient foreign currency.

The commodity will mainly be sold in North American countries such as the US and Canada, in Western Europe and Middle East, including China.

To date; the authority has issued 12 farmers with permits to produce industrial hemp although most of them are still in the initial stages of production since the S.I that governs the sub-sector came into being just last year while more investors are welcome.

“We are still inviting other investors that are interested in investing in industrial hemp. So those that have got their business plans in place they are free to approach us and we can go through their applications. There is still space for a number of players in the industrial hemp,” added Isaya.

Industrial Hemp production is widely viewed as an alternative to tobacco given the health and climatic effect concerns mainly raised by the World Health Organization Convention on Tobacco Control which is pushing for a ban on tobacco.

Research to determine the ideal variety of the commodity is already underway in Zimbabwe.

“Industrial hemp is an alternative because it grows in those marginal areas that tobacco does very well too, therefore we have embarked on a project to determine the best variety to grow in the country and also to look at the agronomic practices that work well with growing industrial hemp locally,” Tobacco Research Board chief executive officer, Dr Dahlia Garwe said.

“This institution is looking at alternatives to tobacco and we have imported some varieties from outside the country . We started with 12 varieties and out of those 12 varieties and in about four of them we have noted that they can be very good and adaptable to the country,”added Dr Garwe.

Some of the key factors being considered are how sensitive the varieties are to the local climatic conditions and determining whether they may adapt to the relatively shorter daylight hours of around 12 hours per day in Zimbabwe against longer hours in the countries of origin.