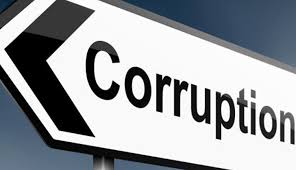 MUTARE-As pressure mounts on the need for action against corrupt cartels, the Zimbabwe Anti-Corruption Commission (ZACC) has said it is ready to prosecute anyone within key government departments implicated in the graft web.

ZACC commissioner John Makamure told 263Chat that the commission itself is not captured by the notorious cartels, which were exposed by dethroned ZANU PF youth league leadership recently.

Makamure said the commission is yet to receive any concrete information implicating cartels, vowing to investigate immediately if any concrete evidence is brought to its attention.

“We have not heard even from the media whistleblowing, I am not aware of any cartels that have brought forward to the commission and the commission must respond to complaints filed by the public.

“If there are cartels known by some of the agencies they should bring information forward to the commission to investigate.

“We are also determined to investigate such cartels whether they are officers within a government agency that have been captured those with such information must bring it forward so that we investigate.

“We cannot just allow wild allegations that government have been captured who are these officers, if there is any information ZACC will immediately investigate someone who is captured.

Makamure made assurance that the commission was under an obligation to investigate complaints raised by the public and would put a digital case management system to ensure that the public can track cases.

“The commission must respond to complaints that are filed by the public about corruption and investigate them and put in place a mechanism that allows them to track these cases once they have been initiated.

“We are moving from analogue to digital case management system to ensure that people can track the progress of the case,” he said.