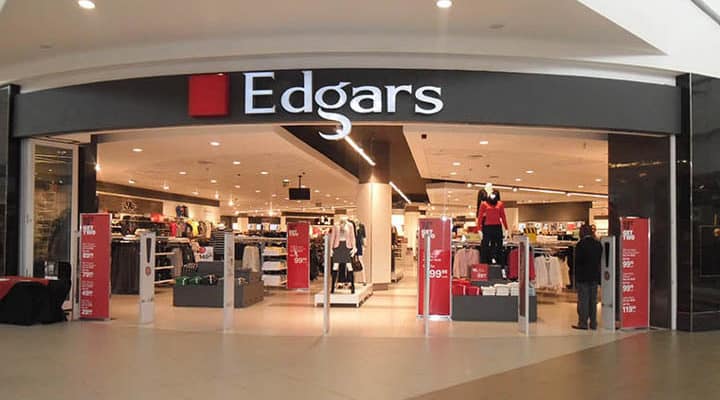 Listed clothing giant-Edgars Stores Limited is set to open two more retail outlets in Harare and Hwange before the end of this month to grow its footprint and boost declining unit sales, the company has announced.

Edgars -which operates brands such as Edgars Chain stores, Jet Chain, and Carousel manufacturing said cumulative units sold were 945 000 by end of second quarter (Q2. 2021) which was 2 percent below last year’s 963,000 units.

The trading environment for the first six months was significantly impacted by the Covid-19 lockdowns in January, February and the last two weeks of June resulting in the business losing seven trading weeks due to store closures and reduced trading hours.

In its interim statement, to boost sales, the Group said it will this month add two more retail stores on the two opened during the period under review.

The impact of lockdowns on trading was such that it necessitated the increase in borrowings in order for the business to service ongoing commitments such as occupancy and utility costs, as well as ensuring that our employees were remunerated on time. The increased borrowings were at an average interest rate of 44.4% per annum (2020: 43% per annum).

The new stores will come just in time for its peak period of between November and December which is expected to be a timely booster to dwindling unit sales.

“Since the relaxing of lockdowns, trading in the chains has seen significant improvement with an increase in customer footfall. We hope that this momentum will be maintained going forward. Traditionally the last quarter of the year contributes 35%-40% of annual turnover. Management is confident that the profit forecast will be met,” said Sibanda.

At Carousel manufacturing segment, unit sales declined to 74,021 from 121,093 units in 2020 resulting in lower efficiencies relative to last year.