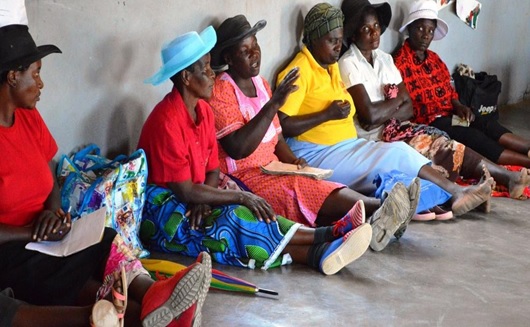 The Zimbabwe Gender Commission has called on the government to prioritize the needs of women and persons with disabilities during the ongoing national lockdown meant to curb the spread of COVID-19.

President Emmerson Mnangagwa announced a mandatory 21 day national lockdown which began Monday as the government intensifies its efforts to control the spread of the deadly virus which has claimed tens of thousands of lives globally.

Zimbabwe has so far recorded eight (8) cases which include one death from the coronavirus.

In a statement, ZGC said it is of paramount importance for the government to urgently look at critical groups mostly affected by the move.

“We call upon government to prioritize the in provision of basic needs of women, children, and persons with disabilities among other vulnerable groups in the spirit of leaving no one behind.

“Particular attention should be paid to the protection and support to women, men, boys and girls living on the street;” reads part of the statement.

In his address to the nation Friday night, Mnangagwa said all movement should be stopped except for key and essential services.

Soldiers and other security forces have been deployed to monitor unnecessary movements.

However, the gender commission lamented the lack of a clear guideline on movements of women with special needs.

“(We) request that clear guidance be provided to guide movement of citizens such as women’s special needs (pregnant and lactating mothers) and the special role that women play in communities through care of the family, sick and children, preparation of food and fetching water,” the commission said.

In its report, the UNFPA said women are likely to be affected more by the COVID-19 outbreak and called for more funding to help in the fight against social ills like gender based violence.

All vulnerable populations will experience COVID-19 outbreaks differently. For the nearly 48 million women and girls, including 4 million pregnant women, identified by UNFPA as in need of humanitarian assistance and protection in 2020, the dangers that COVID-19 outbreaks pose will be magnified.

“Conflict, poor conditions in displacement sites, and constrained resources are likely to amplify the need for additional support and funding,” said the UN agency.