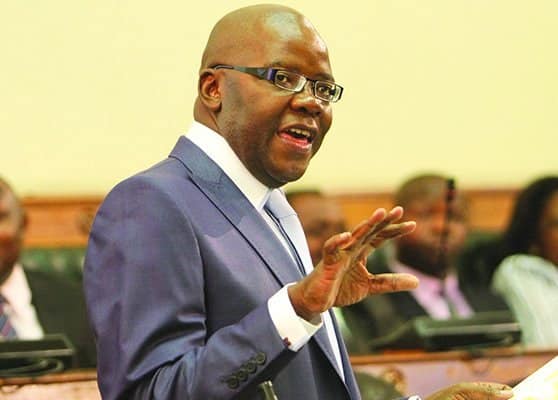 The High Court has stopped proceedings in the trial of assault accused MDC Alliance vice president Tendai Biti pending a review of Harare regional Magistrate Vongai Muchuchuti-Guwuriro’s dismissal of his application for postponement due to unavailability of his lawyer.

Guwuriro dismissed Biti’s application for postponement due to the unavailability of his lawyer Alec Muchadehama and ruled that trial should proceed without defense counsel.

Biti filed an urgent application seeking review of the ruling at the High Court with Guwuriro and Reza cited as the first and second Respondent respectively.

“Whereupon, after reading documents filed of record and hearing Counsel it is ordered that pending finalisation of the application for review in Case No. HC5604/21 the   applicant’s trial pending before 1st Respondent in case no. CRB HRE P11362/20 be and is hereby stayed,” ruled Justice Chitapi

Before Justice Chitapi’s ruling, Guwuriro was supposed to make a ruling after Biti sought her recusal from presiding over his case.

As has become the norm, the case could not go without an incident as Reza insisted that she makes the ruling since the High Court order had not stated anything on the ruling.

“I was with the accused person at Justice Chitapi chambers today and I made enquiry specifically as to whether the ruling which this honourable court is supposed to deliver was also stayed. The learned judge in the presence of everybody including Mr. Muchadehama, advocate Hashiti specifically said  the ruling before you, your worship can proceed, that is the position the honorable court can proceed,” said Reza

Standing in for Muchadehama, Mitchell Mamimine argued that Justice Chitapi had order that pending finalisation of the review all proceedings to do with the matter had been stayed.

“What the court ordered is what appears on the order. It does not say the court should proceed to make a ruling on the issue. The reading of that order is clear that the proceedings before this court have been stayed. It means there is nothing this court can say unless the High Court has ordered proceedings to continue,” said Mamimine

Guwuriro upheld Justice Chitapi’s order and that proceeding would resume on 22 November, 2021.