JUST IN: MDC Youths Side With Under-Fire Sikhala 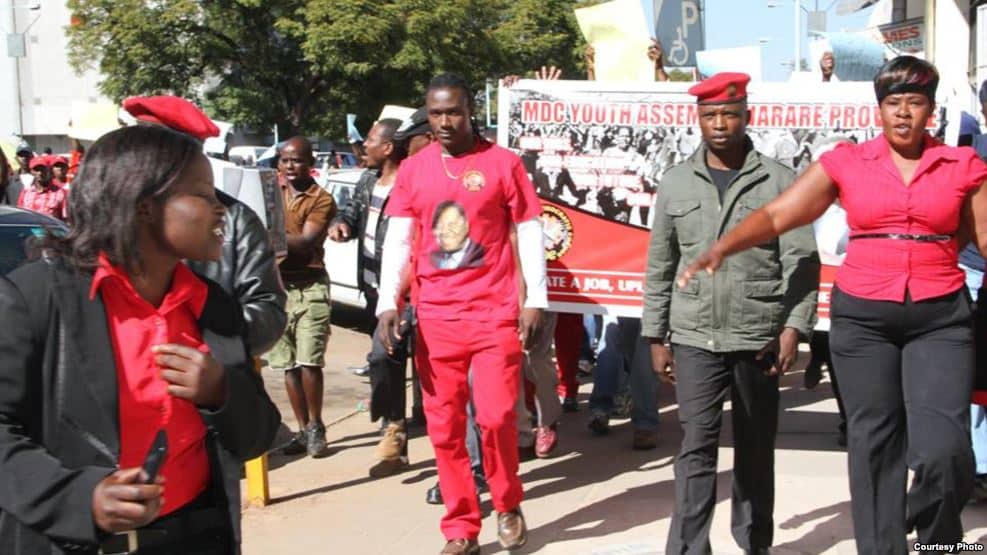 The opposition MDC Youth Assembly has stood by the under fire vice chairperson Job Sikhala whose remarks at a Bikita rally over the weekend has forced the party to distance itself from the Zengeza West legislator’s statement.

Sikhala who has since been summoned by the police at Harare Central, told Bikita villagers that they will overthrow the President Emmerson Mnangagwa government before 2023, a statement that has attracted backlash from both government and the ruling party Zanu PF.

Even his party has come out to say those were his personal views while stressing that they are a non-violent movement.

But the party youth wing has dashed to Sikhala’s defence saying the combative leader’s statement resonates with the suffering masses who are fed by up by the current economic mess the country finds in.

“The MDC Youth Assembly is riled by the state and ZANU PF’s overtures to flagrantly and wantonly disregard the right to freedom of expression through the ill thought move to charge MDC National Vice Chair, Job Sikhala with treason.

“Having listened and re-listened to Honorable Sikhala’s Bikita rally statements, we found it shocking that the panic stricken military junta intends to slap our National Vice Chair with treason charges.

“It is not a secret that as a party our end game which is in sync with the people’s agenda is to remove a failed ZANU PF government from power,” said the youth spokesperson Stephen Chuma.

“The bottom line is that people are sick and tired of the whole ZANU PF system and henceforth its removal or “overthrow” through constitutional means is long overdue!

“What Honorable Sikhala said is just a mirror reflection of the sentiments of the ordinary people in the country,” added Chuma.