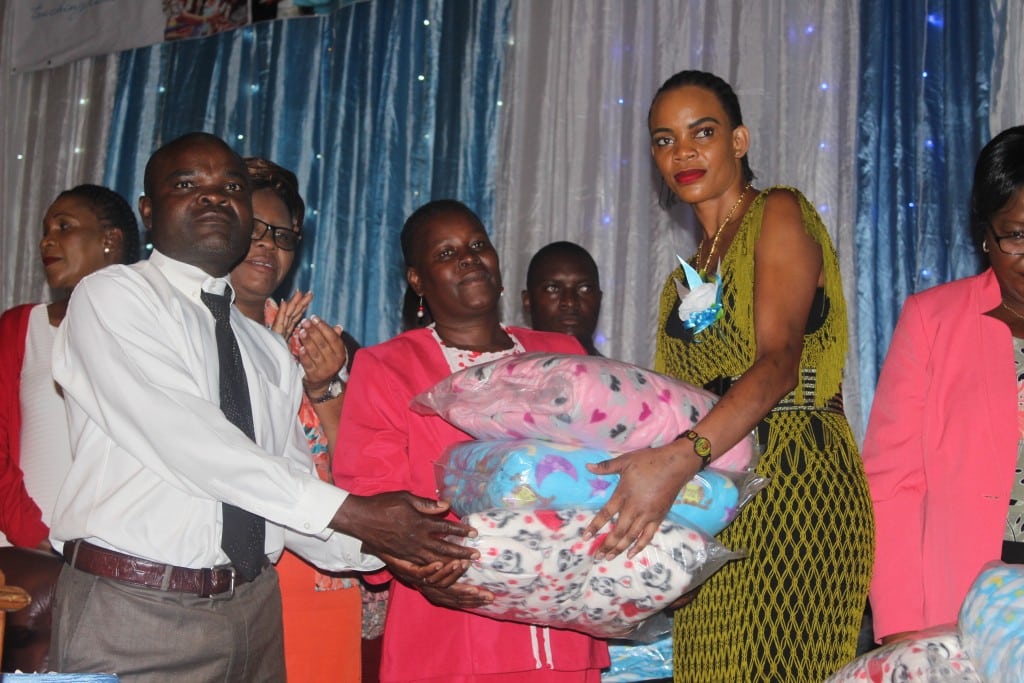 Chiwenga made the remarks at an event where she was donating groceries to different Children homes at Magamba Hall in Warren Park, Harare.

After praising the first Lady, Auxilia Mnangangwa for being respectful and exhibiting ‘motherly care’,Chiwenga said she was charmed by her selfless character which allowed her to delegate duties to wives of vice Presidents including her.

“My presence here as the second lady of the republic of Zimbabwe has never happened before, at least as far as I know, Mai Mnangangwa has taught us good workmanship and team effort, proving that no matter how hard the work might be, there is someone to help.

“She is not a selfish first lady, she is someone who knows how to delegate, what she can’t do, she assign someone to do it on her behalf

“It is now different because we used to know that everything was entitled to one person, I would like to thank God for giving us Amai Mnangangwa, a mother who has dignity, a mother who respect her family

“Ever since she was called the first lady she has never used hash words against anyone, I have never heard her shouting ‘STOP IT’ to anyone,” said Chiwenga.

Chiwenga’s remarks come at a time when Grace’s alleged faction, the G40, has risen from the dead under the National Patriotic Front (NPF) party that will be led by Rtd Brigadier Ambrose Mutinhiri who broke away from the ruling party, ZanuPF last week.

The move is more likely to see the return of Grace in the political arena at a time the country is preparing for the 2018 elections.