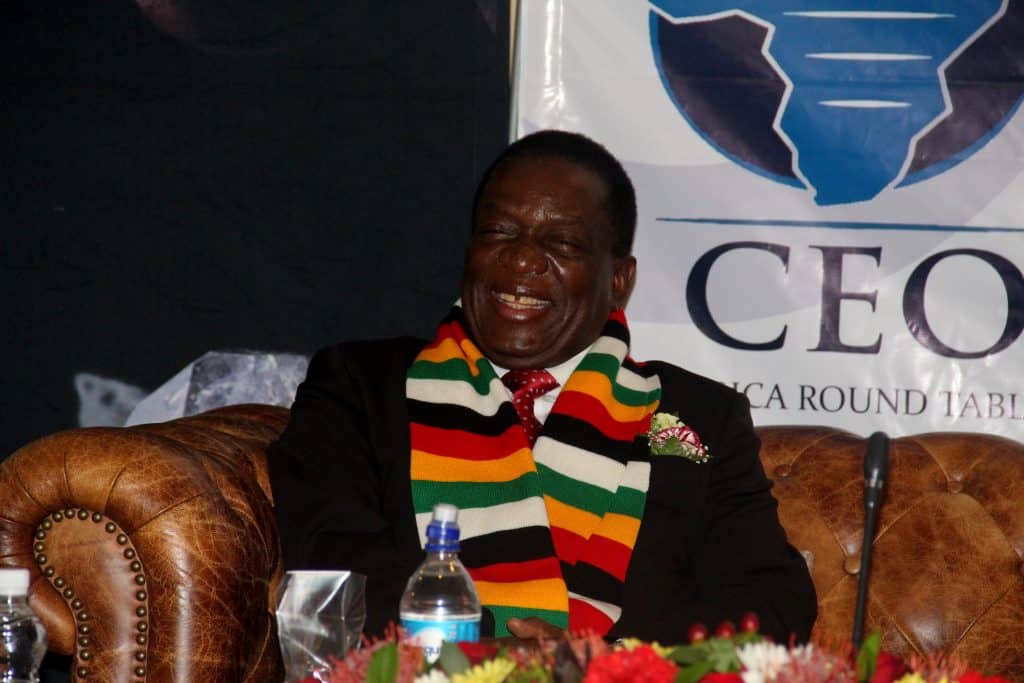 President Emmerson Mnangagwa has agreed to the liberalization of airwaves in line with international practices saying it is important to allow public and private debates via different channels, adding that his government is in the process of implementing policies that promotes foreign and domestic flow of investment in the country.

In a dialogue with different Chief Executive Officers at the CEO Africa Roundtable underway in Victoria falls, Mnangagwa said the channels should be affordable to every Zimbabwean.

“We have been marginalized for the past years and the new administration is now determined to embrace the International Community and to do so, we must look at policies which exist with our country which constrain us from being accepted by the International community.

“We must now allow voices of our people through various channels besides the public channels to help build our country, to contribute in public and private debates.

“To do so, such channels should be afforded to every Zimbabwean, l have been in the office for three months and some of the issues cannot be achieved overnight,” said Mnangagwa.

He added that his government is also in the process of implementing new policies that will allow business to flow in Zimbabwe without hindering domestic and foreign investments.

“My government is in the process of implementing new policy frameworks that will allow the foreign and domestic flow of investment in Zimbabwe.

“By the end of the day what is critical is the vision that we have, as we move forward we must be able to know that we are moving together with the majority aspirations of our people.

“The government must be there to articulate the desires and aspirations of the people, understand them as well as finding a method of implementing the desires of its people.

“My government have no problems at all to examine these issues and implement them, as a matter of fact, we are already looking at that policy framework so that we have a priority program of how to implement and achieve a situation were these desires are able to be taken on board and be accommodated.

“This will not cost the government but its just a question of having a regulatory authority as supervision of that area.

“I would like to assure Chief Executive Officers who asked this question that we are looking at that issue of liberalizing free waves within the media fraternity but bear in mind that after the coming elections that’s when we are going to be implementing most of these programs,” added Mnangagwa

The CEO Africa Roundtable is a high-level platform for Corporate Chief Executive Officers and Senior Executives, in both public and private sector, created to advance economic development across Africa.