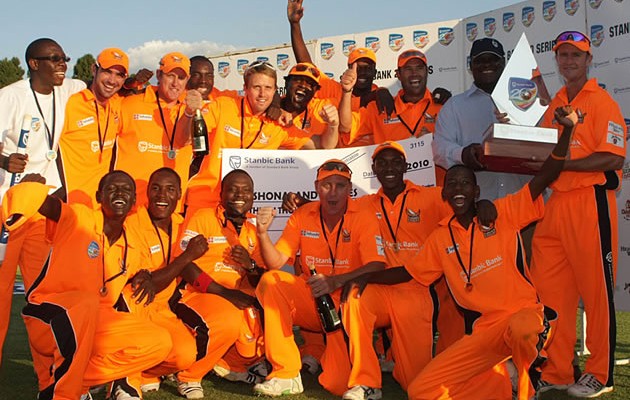 Blessing Muzarabani is back on the local scene and he will feature for Eagles as an overseas player in Zimbabwe’s 2019/20 domestic season that is set to begin this Thursday.

Eagles are expected to unleash the 23-year-old fast bowler when they face Rhinos in their season-opening Logan Cup match scheduled for 12-15 December at Harare Sports Club.

Muzarabani had played one Test, 18 one-day internationals and six Twenty20 internationals for Zimbabwe, taking 27 wickets across formats, before he put his international career on hold last year to join the English side Northamptonshire on a three-year Kolpak deal.

Now boasting some county cricket experience, his return home will definitely spice up the domestic scene, where he made his first-class debut with Rising Stars in the 2017/18 season.

Muzarabani is the only new face at Eagles who have, however, released wicketkeeper-batsman Richmond Mutumbami to join Mountaineers, while all-rounder Luke Jongwe has returned to Tuskers.

In another interesting development, Zimbabwe internationals Brendan Taylor and Kyle Jarvis have moved from Rhinos to the new side Rangers ahead of the new season.

The duo will provide the youthful Rangers, a team from the Alistair Campbell High-Performance Programme, with the much-needed experience in their debut first-class season.

Rhinos, who also no longer have Graeme Cremer, Malcolm Waller, Tarisai Musakanda and Mike Chinouya on their books, will be looking to rebuild their team around PJ Moor, Prince Masvaure, Neville Madziva, Carl Mumba, Brandon Mavuta and Ryan Burl.

Although they have lost the services of veteran batsmen Hamilton Masakadza and Forster Mutizwa, who both recently retired from playing, Mountaineers will still be a formidable team, with the likes of Timycen Maruma, Roy Kaia, Donald Tiripano, Shingi Masakadza, Tendai Chatara now expected to step up and lead the side.

Govt, Partners To Roll Out 3 000 Low-Cost Housing Units Next Year