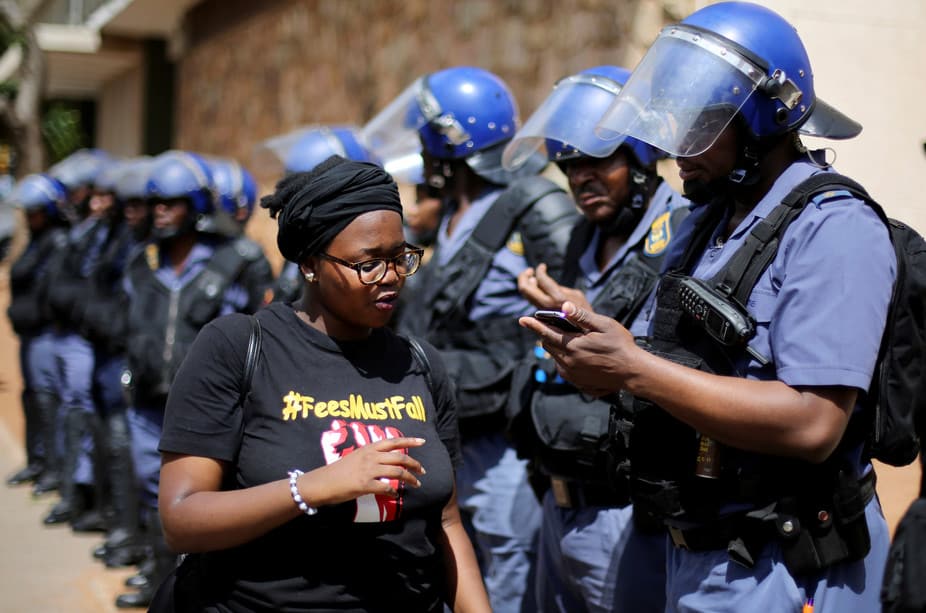 One of the narratives that has fuelled continuing protests at South Africa’s universities is that students have been promised the right to free higher education.

Threads of this narrative go back to the Freedom Charter, the statement of principles that guided the struggle for the liberation of South Africa. Others point to the country’s constitution and say that it contains a commitment to this promise. And still others point to a decision taken by the ruling African National Congress a decade ago that promised this outcome.

But how much of this is true?

The charter and the constitution are carefully crafted. They do not specifically make reference to “free higher education” – a notion that has set both students and South African society down a cul de sac. It is this idea that has framed the continuing protests at our universities under the banner: “Free higher education in our lifetime”.

What the charter and the constitution say

Some students argue that the ANC has betrayed the promise of free higher education made in the Freedom Charter.

The doors of learning and culture shall be opened.

But did the charter really talk about free education? Yes, it did – but only to the extent of basic education:

Education shall be free, compulsory, universal and equal for all children.

Everybody has the right to a basic education, including adult basic education; and to further education, which the state, through reasonable measures, must make progressively available and accessible.

But the terms of the provision of education are different compared with the other socio-economic rights. The constitution premises the feasibility of delivering the other rights on the availability of resources. The right to education doesn’t explicitly have this as a condition. Instead, the constitution provides that it should take place gradually.

The government has tried to make this point, but the university students are not having any of it. They continue to demand free higher education now.

The students’ cause is noble. It tests the usefulness of the socioeconomic rights enshrined in the constitution, specifically the right to education. But what does free higher education actually mean?

Don’t existing state interventions – including a freeze on fee increases in 2015 and the recent commitment to provide further funding to students – constitute “reasonable measures” for “progressive realisation” of the right to higher education? Isn’t the state in fact giving practical effect to this right?

The ructions on campuses are a clear indication that these questions are part of a fledgling society’s complexities. Students are saying “progressive realisation” of free higher education cannot be an endless pursuit without tangible milestones; hence their demand that the state commits itself to a time line.

Progressively introduce free education for the poor until undergraduate level.

Coupled with the initial promise that created expectations for free higher education, this policy objective fuelled students’ demands. They are saying this hasn’t yet been realised. The consequences of this decision are still being felt. The increasing state largesse and politicians’ reckless pronouncements for populist ends negate policy pragmatism. It can therefore be a curse for a party that revels in the sanctuary of being in power.

A Commission of Inquiry has been instituted to investigate the feasibility of free higher education.

It is curious that a judicial inquiry was instituted given that the question being posed by university students isn’t a legal one. It is a political economy issue. I agree with education policy expert Nico Cloete, that the Commission is “asking the wrong question”.

Free higher education is a misnomer. It is part of the seductive political language of “free this, free that”. That one does not directly pay for a public good doesn’t mean it is free. It is paid for by the state with citizens’ money – taxes. What the country should be talking about is state-funded higher education, not free education.

Like all largesse that carries the qualifier “free”, the notion of free higher education wittingly or unwittingly spawns entitlement and the culture of freebies.

A good example of this is the way in which some students are responding to the repayment of their loans from the National Student Financial Aid Scheme. Some are reneging on repaying their loans despite the fact that they are in a position to do so. How do they think the scheme is to be sustained?

The scheme’s very existence is threatened. In 2014, as it emerged in the fee commission, the scheme recorded its lowest ever level of debt recovery at 4%. If this example is anything to go by, free higher education is a dangerous notion. Let’s rather replace it with state-funded higher education. This is a much bigger concept and one which can galvanise a historical commitment that all South Africans are responsible for ensuring education is a public good.

The problem is not with the substance of the students’ demand, but with the concept and language of its expression – which populist politics aid and abet to distort the discourse.

This article was originally published on The Conversation. Read the original article.

WhatsApp Played A Big Role In Nigerian Election, Not All Of…

At Least 95 killed in Mali attack

What Nigerian hip-hop lyrics have to say about the…