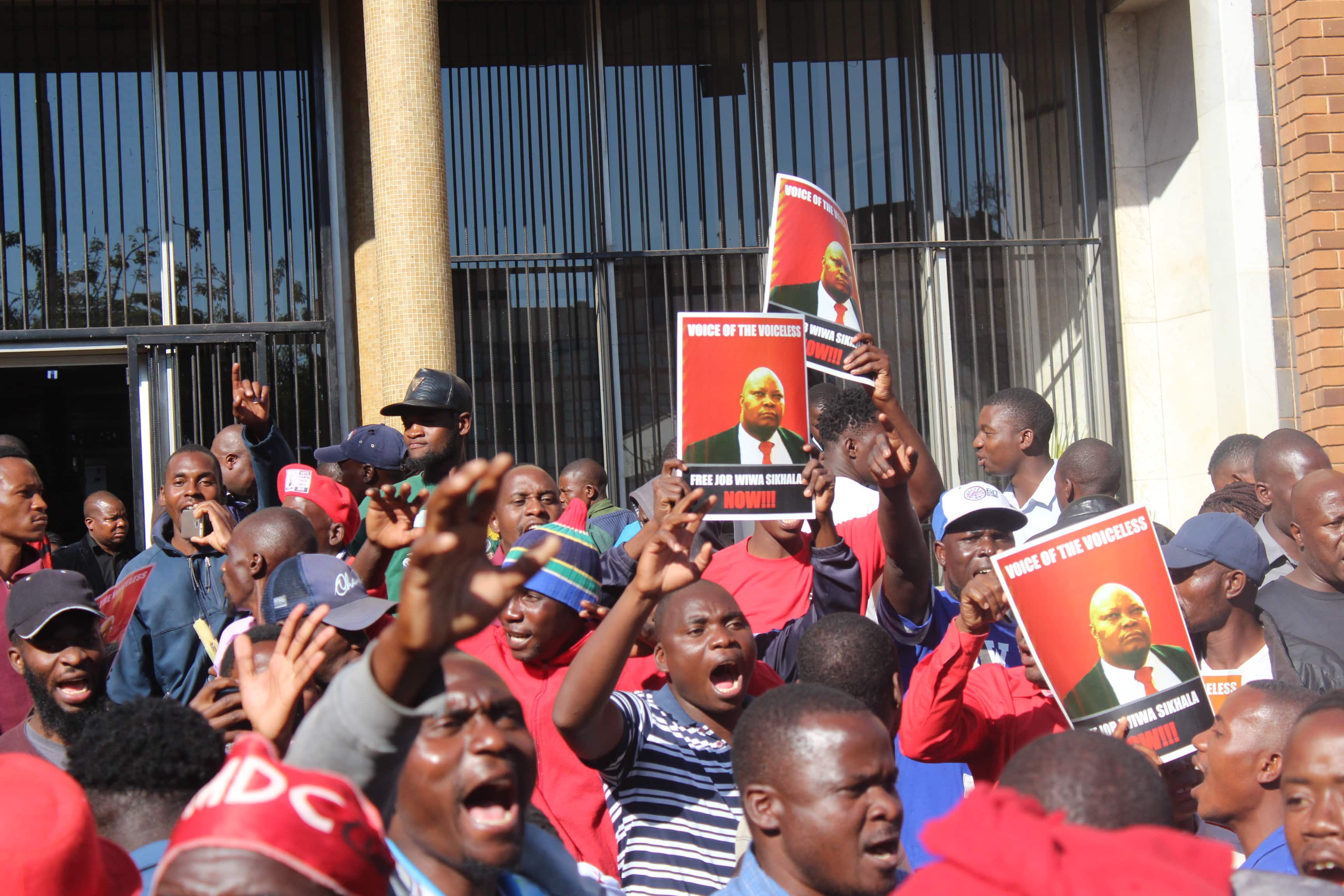 Petrol bombs were found at the periphery of his residence.

Chatambudza is understood to have been taken to Law and Order section at Harare Central Police Station.

In an interview with Epworth Constituency Member of Parliament, Earthrage Kureva, who went to the scene, petrol bombs were found kept in the vicinity of Chatambudza’s residence, but suspects foul play.

“I went to the scene. Police in riot gear besieged his (Chatambudza) residence this morning and arrested him on allegations of keeping a petrol bomb and they have recovered petrol bombs that we suspect they are the ones who planted because Kudakwashe has got nothing to do with those petrol bombs,” Kurave said.

“They were planted on the periphery of his yard. When four police officers visited his residence this morning around 3 am, two were in their uniforms. They told him that they had been informed that he is making petrol bombs and they led him to where the petrol bombs were. He told them this was all politics and he has nothing to do with these petrol bombs and the officers understood and left,”

“He decided to go and make a report at a local police station because he didn’t know anything about it and they told him to go back home. But at around 4 am, riot police came and arrested him,”

“He is at Law and Order, Harare Central Police station,” added Kureva.

263Chat could not get official confirmation from the police as ZRP spokesperson, Paul Nyathi said he was in a meeting.

The development has raised skepticism over police’s watchful eye on MDC’s activities in recent days ahead of today’s State Of The Nation address to be announced by the party president, Nelson Chamisa in Mbare.