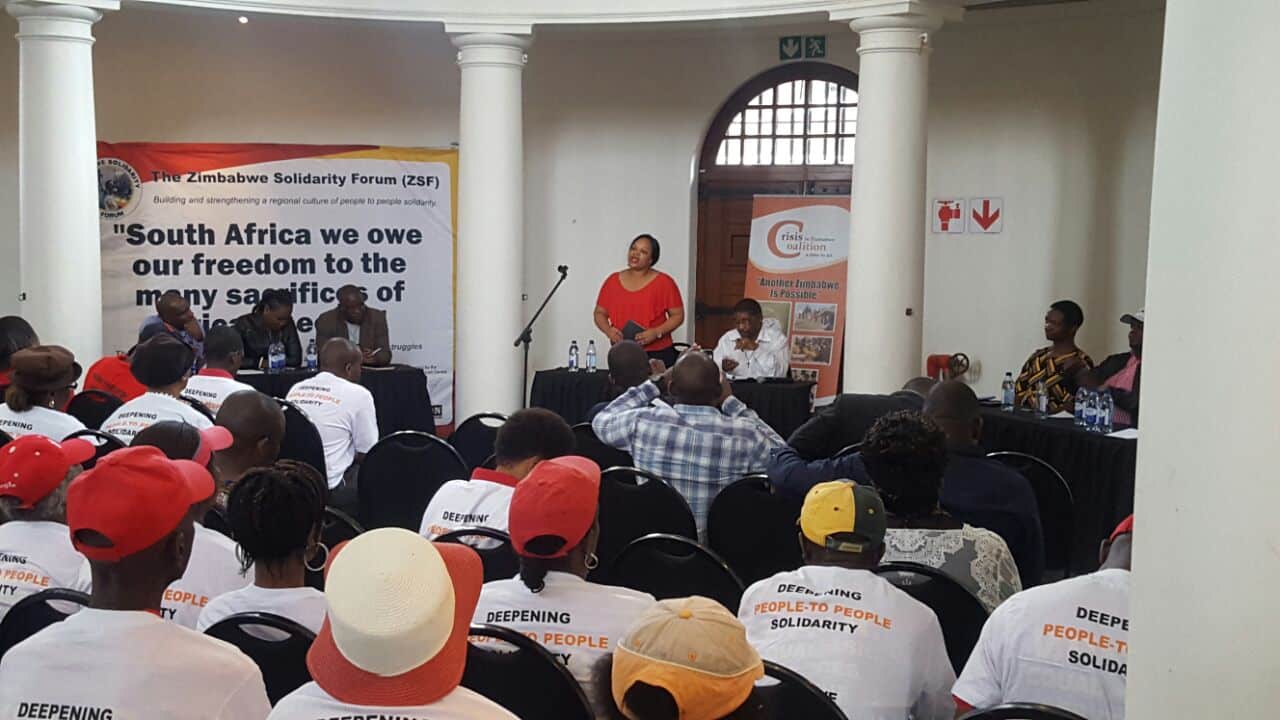 The Crisis in Zimbabwe Coalition (CiZC) has expressed dismay over what it says latest unfounded and misleading claims by state media that some foreign embassies are training civil society activists to engage in anti-government protests.

In a statement, responding to an article published on the 9th of December 2021, CiZC said the accusations were meant to justify Government’s crackdown on civil society organisations.

“These false accusations are meant to justify the Government of Zimbabwe’s continued clampdown on civil society actors, human rights defenders and ordinary citizens who continue to question the government’s chequered human rights record and failure to deliver basic social services and economic development for the country’s citizens.

“It has become apparent that the Government of Zimbabwe does not want to be held accountable by its citizens, despite proclaiming to be a democratic government. The same modus operandi was used during the August 2018 and January 2019 persecutions which resulted in a spate of abductions, murder, torture and arrest of civil society actors,” said CiZC

The coalition said it is worried by President Mnangagwa’s continued persecution of human rights defenders based on unproven claims.

“We are concerned that the so-called New Dispensation led by President Emmerson Mnangagwa continues to persecute civil society and human rights defenders based on unsubstantiated claims being parroted by the public media.

“It is unfortunate that the Government of Zimbabwe continues to use the state controlled media in creating false narratives that are meant to justify its continued promulgation and abuse of draconian laws to persecute civil society actors as well as criminalization of civil society work.

“President Mnangagwa’s administration has failed to live up to its pledge of a New Dispensation and continues to perfect the art of persecuting dissenting voices as was witnessed during the days of the late authoritarian, Robert Mugabe,” said the Coalition

CiZC added “Attempts at silencing civil society actors and other dissenting voices point to a move to create a one party state in Zimbabwe and this goes against the dictates of a democracy.

We urge civil society actors in the country to remain vigilant in light of the continued onslaught from the State media and the government. Zimbabwe belongs to all its citizens and no government will take our rights to defend its genuine progression and development.”

I Move On Fast Like Wi-fi, Says Mai Titi