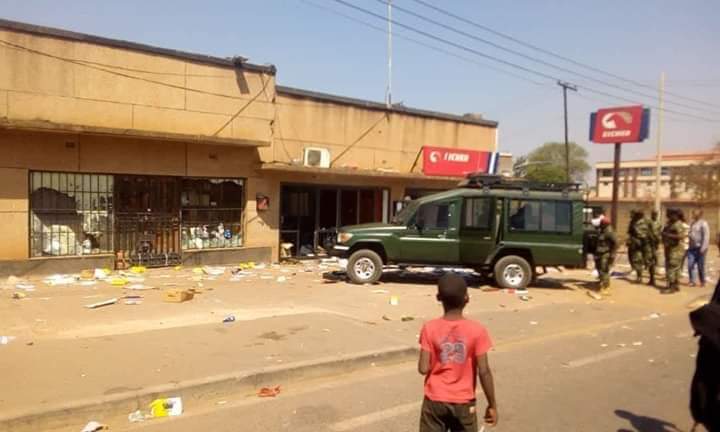 On Wednesday demonstrations started with spate of violence which saw torching of two police houses and one police armored vehicle destroyed on fire.

During the same day three teargas Launchers and tears have been stolen by civilians in the burning police vehicles.

As that was that enough, three police firearms with live ammunition have been  snatched from police officers, in the hands of civilians .

There has been running battles between police and civilian in the central area of the city close to M1.

Photos on WhatsApp group and currently the demo organizers have been showing some people heavily injured by live ammunition from security forces but that has not been independently verified.

The demonstrators have since stormed Capital Hill where they are to handover the petition to Government authorities asking them to fire Dr Jane Ansah.

From there they are going to hold vigils at Parliament.

Meanwhile the demonstrations have been characterized with looting and destruction of private and personal properties.

MDC Gets Nod For Mass Demonstration