US’ Zimbabwe Diamonds Ban A Wake Up Call: Mupfumi 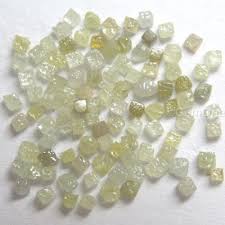 The civil Society has called for fiscal transparency in the murky but lucrative diamond sector after the United States issued a ban on the sale of Zimbabwean alluvial diamonds.

United States of America, Customs and Border Protection (CBP) issued a ban on the sale of Zimbabwe’s rough diamonds over the use of forced labour, through a Withhold Release Order (WRO) issued on September 30.

Speaking on the latest devastating development, Centre for Research and Development director James Mupfumi said the ban was a wake up call for the government to enhance transparency and respect of human rights in the extraction of the precious gem.

Mupfumi said instead of focusing on the embargo, government should redirect its effort in addressing issues to do with fiscal transparency, accountability in the diamond sector as well as looking at issues to do with upholding human rights.

“The government must concentrate on implementing reforms in diamond mining to ensure local participation and fiscal accountability.

“As it stands, there is no transparency and accountability in the diamond value chain including the marketing of diamonds.

He added that government should heed first, calls for legal reforms to ensure communities from resource rich areas benefit from mining activities, including establishing value chains.

“Against this background, why is government only worried about an embargo on diamond sales when the same government is not willing to adopt accountable laws and practices in diamond mining that can transform the lives of local communities and citizens in general from the throes of poverty?” said Mupfumi.

Zimbabwe Allied Diamonds Workers Union (ZIDAWU) chairperson Cosmos Sunguro weighed in and said the ban is set to impact negatively on the livelihood of workers and the country at large.

He said while they have been no formal reports of forced labour through his union, artisanal miners are increasingly vulnerable to forced labour due to the presence of security forces in diamond syndicates.

“We do not have formal reports of that but our fears are that the ban will affect workers that are already under paid and are working under abject conditions that are manipulative and suppressive.

“However, this could be in artisanal mining because in the formal employment there is no forced labour as one agrees to join the company on certain terms and conditions. Having said this, government  then need to dog deeper  into this because the presence of the military in the informal diamond mining sector raised eyebrows and brings about issues of forced labour. But for the record, there no such reports in the formal sector,” said Sunguro.

He added, “Artisanal mining is bringing that element of some people being  forced to work, but those diamonds don’t find their way to formal market, rather are smuggled out through syndicates via Mozambique to unknown destinations.”

Nearly US$18,000 Raised To Boost Anti-Poaching Efforts In Victoria Falls