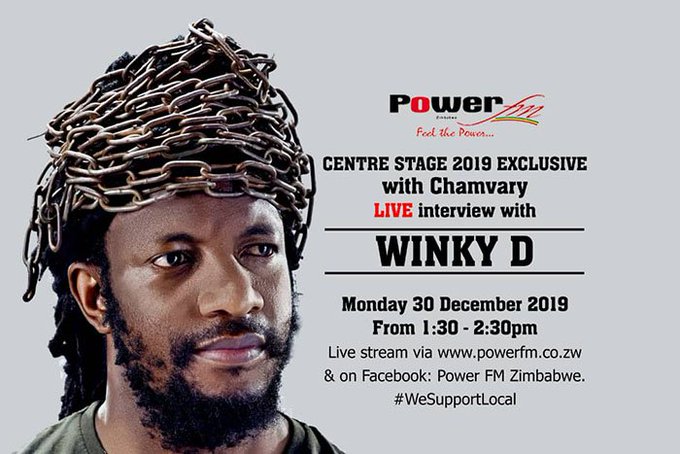 Government has denied blocking Zimdancehall kingpin, Winky D from being interviewed on all local radio stations prior to the singer’s much-awaited album launch set for Harare International Conference Centre tomorrow

This follows reports that ‘powers that be’ ordered all radio stations to cancel interviews they had booked with the Gombwe singer.

In a statement released by the Ministry of Information, Publicity and Broadcasting, government rubbished the reports as false and unfounded.

“We have noted an article on an online publication making a false claim that Govt has banned one of our local artists from being interviewed on national radio. These are unfounded falsehoods. Members of the Media are advised to fact-check with us on related matters.”

However, the singer did not show up at Power FM where he was scheduled for an interview this afternoon.

Passengers are no lamb on a slaughter