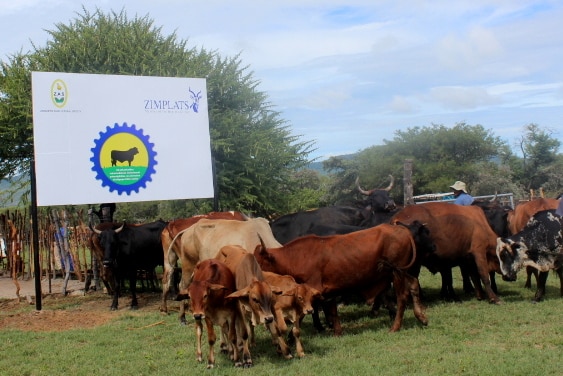 The government has set aside $80 million of the required $300 million to kick-start a Special Livestock, Fisheries, and Wildlife Programme with the remaining $220 million funding expected to be drawn from the private sector.

Speaking during the launch held in Gwatemba area in Insiza District, Matabeleland South, Vice-President Retired General Dr. Constantino Chiwenga said Government has identified the need for funding to the tune of over $300 million for the Special Program.

“Government has since identified the need for funding to the tune of over $300 million for the Special Livestock, Fisheries, and Wildlife Programme. In this regard, the $220 million of the required US$300 million total support package of the programme would be sourced from the private sector, while the balance will be funded by the Government.

“I am pleased to advise you that to kick-start this programme, Government has already set aside $80 million towards this livestock programme which will, among other things, enable the National Parks to demarcate red and green zones. The aforesaid will inevitably go a long way in controlling the spread of Foot and Mouth Disease and curtail the domestic and wildlife conflict,” he said.

“Following the success of the first initiative of Command Agriculture in maize production and other cereals, the Command Livestock initiative aims to stimulate vibrancy by addressing key supply chains for facilitation. These include the beef, dairy, goat, and poultry value chains,” he said.

Meanwhile, Sakunda Holdings has offered US$10 million and two million chicks per month in support of the poultry sector.

The Zimbabwe Agricultural Society (ZAS) in partnership with Zimplats are also involved in the program with an aim to help improve cattle breeds within communal farming areas.

Tsvangirai Assigned Me To Look After The Party-Chamisa