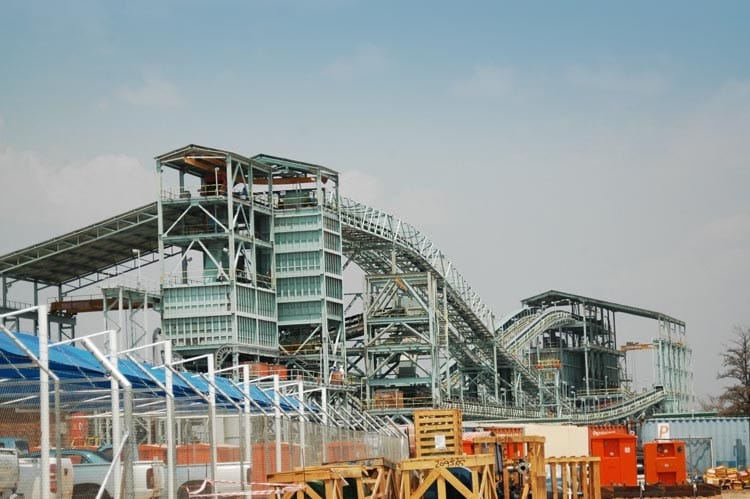 There are strong allegations against proponents of the transparency agenda, there is “a wealthy of information and poverty of attention.” To dispel this strong notion, CSOs especially the Publish What You Pay (PWYP) campaign in Zimbabwe must make use disclosed data like Zimplats’ 2017 integrated annual report for evidence based transparency and accountability advocacy. Already, a research paper produced by USAID’s Strategic Economic Research Analysis (SERA) program in 2016, “Gap Analysis of Mineral Revenue Disclosure and The Information Needs of Various Stakeholders” cautions CSOs to back their transparency appetite with ability to consume data already in public domain.

Personally, I feel challenged as a PWYP data extractor and also working for a lead organisation on mineral resource governance, ZELA, to showcase the linkages between transparency and accountability.  More so, the fact that Zimplats is publicly inviting stakeholders with queries or comments concerning their integrated report to address them to info@zimplats.com or stewart.mangoma@zimplats.com is an opportunity that cannot be missed by transparency activists.

Below are 11 things that CSOs can learn from Zimplats’ 2017 integrated annual report;

Zimplats is domiciled or registered in a tax haven

Tax havens, generally, are secretive tax free or low tax jurisdictions notoriously known for helping companies to avoid paying a fair share of taxes to countries they are generating their wealth from. Zimplats is domiciled in Guernsey, a tax haven. Panama Papers revealed that tax havens facilitate nefarious activities like corruption and tax evasion which erodes the finance muscle of resource rich countries to build better schools and clinics. PWYP campaign in Zimbabwe must have push for a public register of all companies operating in Zimbabwe that are domiciled in tax havens that can be used by tax collectors to profile exposure to illicit financial flows risks.

In an environment where limited access to information is a major cause of concern, publicly listed entities which raises their capital through the stock exchange are compelled to publicly disclose consistently their operational and financial performance data.  Even if a mining company like Zimplats private limited is not publicly listed in Zimbabwe, courtesy of its parent company Zimplats holdings limited, listed at the Australian stock exchange (ASX), information disclosure is still mandatory. Hence the reason why Zimbabweans just like any interested party in this world have access to Zimplats information disclosed courtesy of ASX. Another route to Zimplats’ data is through Zimplats Holdings limited’ largest shareholder, Impala Platinum Holdings, a South African based company that is listed at the Johannesburg stock exchange (JSE) which owns 87% of Zimplats holdings.

Stylised fact: Zimplats does not declare other minerals it produces except for platinum

Platinum mining companies are commonly accused of only declaring platinum and for being silent on other minerals they are producing. Zimplats’ report is quite clear that the mine generates revenue from the sale of Platinum Group of Metals (PGMs) and other minerals like gold, silver, nickel, copper and cobalt. PGMs comprise of platinum, palladium, rhodium, iridium, ruthenium and osmium.

$86 million paid to government institutions in 2017 financial year, is it Zombie data or what?

Disclosure of payments made to Ministry of Mines will help to hold to account the Ministry on the overdue implementation of the mining cadastre which requires roughly $2.5 million.

Revenue transparency is not only the responsibility of mining companies, government must also disclose various revenue streams from mining companies. Interestingly, the 2013 National budget statement disclosed disaggregated data of Zimplats contribution to the fiscus from 2009 to 2012.

However, this is an isolated case of budget mineral revenue transparency disclosure. Hence, “Now you see it, now you don’t: Budget transparency and volatility problem” argued by International Budget Partnership (IBP) is clearly evident in Zimbabwe. It is important for Zimbabwe to adopt or adapt best practice such as the Extractive Industry Transparency Initiative (EITI) to solve such challenges. 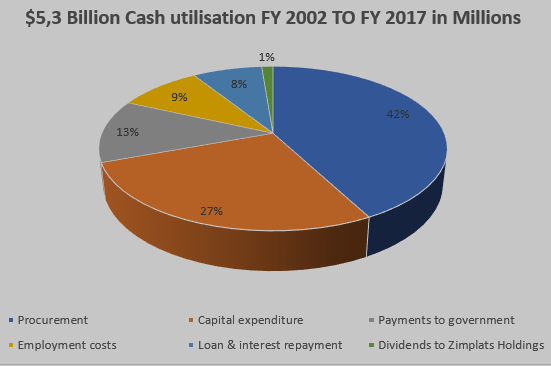 Out of $5,3 billion generated for 15 years, shareholders got a 1% share amounting to $67 million. Suppose that the community had a 10% equity in Zimplats as per the indigenisation thrust, the share of dividend revenue will be a shrill 0.01% of $5,3 billion, the other 0,01% accruing to Employee Share Ownership Trust (ESOT) and the remainder 0,08% accruing to 80% shareholders in Zimplats private limited. Clearly, the equity route may not have a transformational role in financing community development programmes. The fact that shareholders got a share of 1% from $5,3 billion generated over 15 years raises the fears that they could be gaining elsewhere through misuse of transfer pricing.

The disclosure of CSIs presents an opportunity for communities to carry out social audits to verify whether disclosed expenditure is matched with benefits on the ground. It would be interesting to compare CSIs with taxes paid to local governments, Chegutu and Mhondoro-Ngezi Rural District Councils (RDCs). This is important to check if Zimplats prefers to invest more through CSIs than to pay a fair share of taxes to finance local economic and social development.

Women left behind on employment opportunities

Women are not getting a fair share of employment opportunities from mining activities. Out of 3,065 people permanently employed by Zimplats, only 215 are women, a 7% share of employment opportunities. This is a major cause of concern and it must be transparency concerning how Zimplats is addressing this issue to allow community monitoring on progress. The Zimplats board and management are male dominated, with one women representation at management and board level. Zimplats has 9 board members and 8 members in the executive management structure. 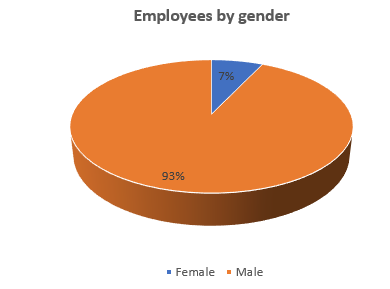 Mining companies need the social license to operate on top of legal compliance issues. It is noteworthy that Zimplats acknowledges the social license to operate as a sustainability issue. To gain and maintain its social license to operate, Zimplats is implementing CSIs to contribute to community development as well to engage with stakeholders on the same. Community concerns captured in the report include employment opportunities, equity stake in Zimplats and houses cracking from blasting activities. Concerns for NGOs are limited to the cracking of community houses. Well, it is critical for CSOs to influence Zimplats to acknowledge other vital concerns such as the harm caused by 2.5% royalty stabilisation agreement running from 1994 to 2019, disclosure of the Mining Agreement (MA), disclosure of payments made to government institutions and Zimplats’ registration in  Guernsey, a tax haven.

Zimplats’ 25-year mining agreement is expiring next year, August 2018. Optionally, this agreement can be renewed over 2 periods of 10 years each. It is important that CSOs push for contract transparency in the renegotiation of the new mining agreement including scrapping off the harmful 2.5% royalty stabilisation clause.

Zimplats received $14 million from the RBZ export incentives from 1 July 2016 to 30 June 2017 for the 50% foreign currency earnings that it brought into the local economy. It is difficult to reconcile the fact that the treasury decried that mining is not fairly contributing the fiscus whilst government proceeds to pay export incentives to mining companies.

Eight Witnesses to Testify Against Mawarire

“I’m doing this for you”: Experiences of a Registered Voter