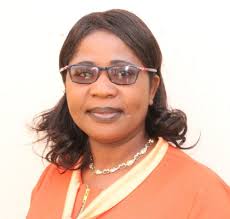 Confirming the incident, Chinanzvavana’s husband, Emmanuel said the men arrived at the legislators home whilst they had gone out.

“We received a phone call from our 13 year old boy that there was a white kombi registration number AEG 4350 vehicle parked outside. The boy as someone we had alerted that scenes that occurred in 2008 may happen, he scaled the precast wall to alert our neighbours.

“When they returned with a neighbour who is also a member of the MDC Alliance they saw three men armed with weapons which they assumed were knobkerries or guns since it was getting dark. The men are alleged to have peeped through the precast wall with their car blocking the main entrance” said Chinanzvavana.

According to Emmanuel, the men waited for almost an hour and sensing that the couple were not at home, left.

“Information from those that we alerted suggests that the vehicle took more than an hour parked outside and having noticed that we were not home and that their business was not accomplished they left but returned around 9 pm in the evening with lights switched off and parked the vehicle in front of the main entrance.

“They drove to MDC Alliance Mashonaland west deputy treasurer’s home where they parked for a few minutes before getting to the district organising secretary’s home. So we do not know if their intention was to abduct or threaten us” he said.

Chinanzvavana said he alerted a member of the police intelligence at Banket Police Station who promised to go and check on what was happening.

“I managed to get hold of Mr Moyo a police officer from PISI this morning after two futile attempts in which he was saying he was in a meeting. He then called and told me that he will be going on the ground but our fear is that this is a repeat of 2008. As we speak seven members of our party are also in hiding. We have also taken the 13 year old boy away, right now there is no one at home” he said.

Scores of political activists have been abducted and arrested for challenging the Government over the deteriorating economic and political situation.