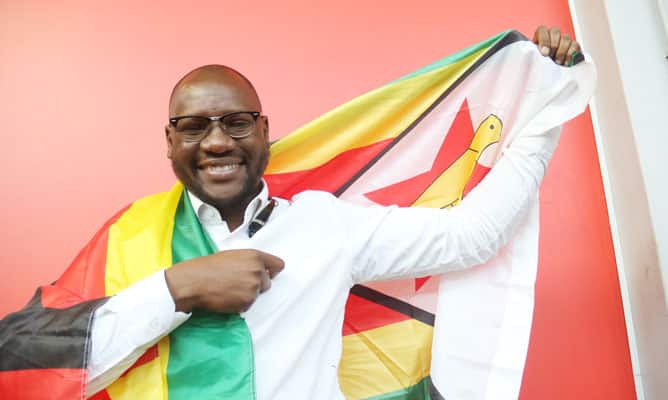 Opposition political parties and civil society groups have condemned the arrest of #ThisFlag movement founder Pastor Evan Mawarire on his return home from self imposed exile in the United States of America.

Mawarire who is currently detained at Harare Central Police Station was set to appear at the Harare Magistrates Court on Thursday on charges of subverting a constitutionally elected government but the state failed to bring him amid indications that new charges could be laid against the cleric.

Zimbabwe Human Rights Association (ZimRights) in a statement released to the press said Mawarire’s arrest is a continuation of the undue victimisation and harassment of the cleric and human rights activist which is a gross violation of his human rights by the government of Zimbabwe.

“Mawarire as a bona fide citizen of Zimbabwe has a constitutional right to return safely to his country of birth without infringement of his rights by state security institutions.

“As far as ZimRights is concerned, the harassment of Mawarire is merely meant to intimidate alone, but all those speaking out their thoughts about the economic and political governance situation of the country in line with their right to freedom of expression.

Zimrights argued that Mawarire’s peaceful actions as leader of #Thisflag movement had always been within the confines of the law.

Leader of Build Zimbabwe Alliance, Dr Noah Manyika said Mawarire’s arrest does not change the fact that Mugabe has failed the country.

“Today Pastor Evan Mawarire flew into Zimbabwe and was promptly arrested on arrival. Unfortunately for President Mugabe’s government, Mawarire’s arrest does not change the fact that they have failed, nor diminish the resolve of many that it is time to bring about political change to our country,” said Manyika.

He added that people like Mawarire who are demanding their rights have been betrayed by heroes like Mugabe who continue to hold on to power through violent suppression of people they claimed to have fought for.

Movement for Democratic Change leader, Morgan Tsvangirai slammed Mawarire’s arrest saying it came as no surprise as Zanu PF regime has not reformed.

“I condemn in the strongest of terms the impunity against an innocent citizen of Zimbabwe who has committed no crime. If the regime thinks this arrest will cow the people of this country, then we have news for them. Zimbabweans will not be intimidated and they will fight for a truly free and fair election in which their voice will count,” he said.

Tsvangirai added the arrest of Mawarire shows how desperate the ruling party is.

“What happened at the Harare International Airport yesterday must send a chilling message, particularly to those in the region and in the broader international community who thought Zanu PF was capable of reform. There cannot be reform without reformers and this impunity is a reflection of the true character of Zanu PF,” he said.