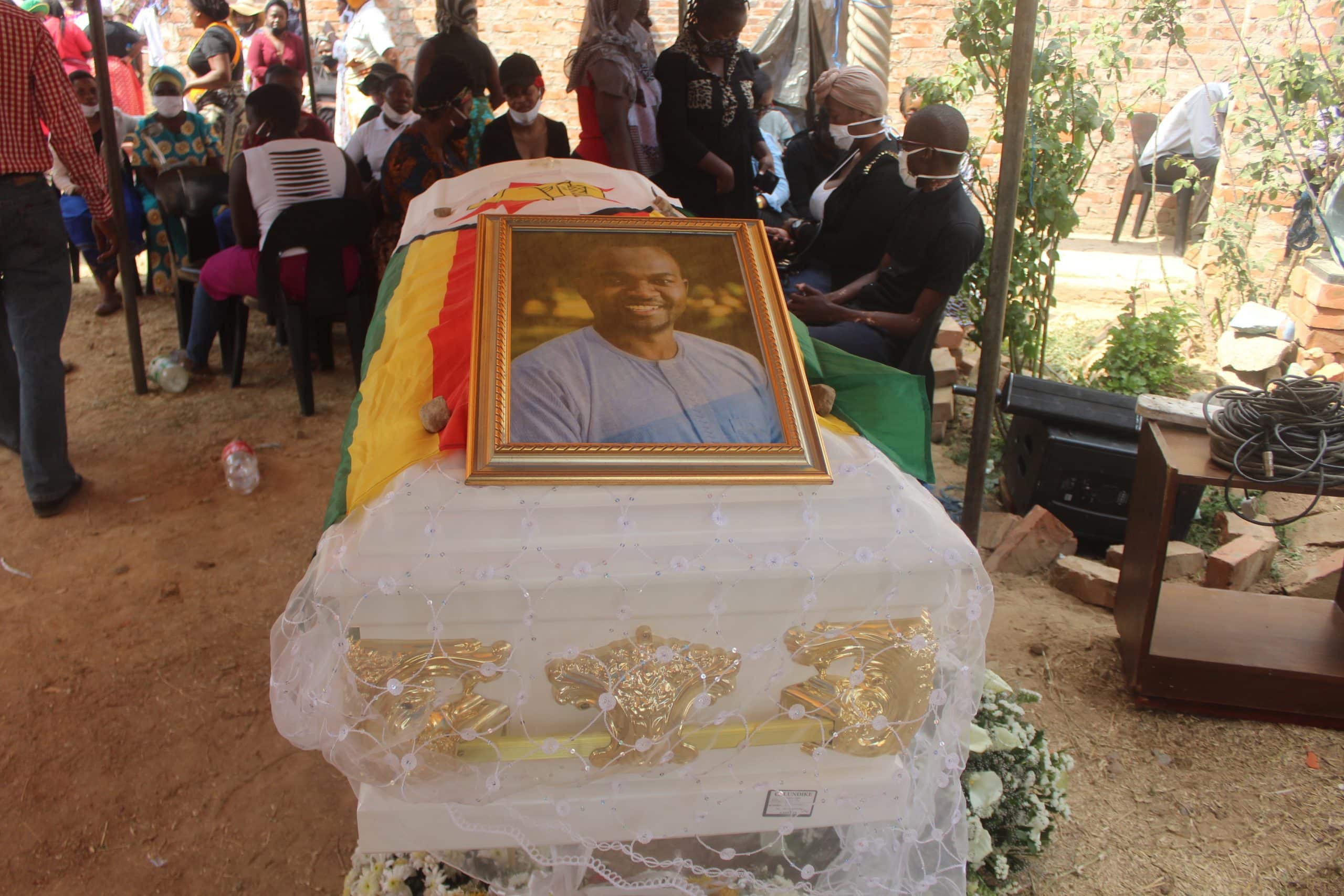 MDC Alliance leader, Nelson Chamisa Thursday blamed the state for the death of the late political activist, Patson Dzamara, who succumbed to cancer of the colon in Harare yesterday.

Dzamara died after a short battle with cancer and was due for surgery. He was 34.

Addressing mourners at the funeral of the late activists, Chamisa fuelled public speculation that the state might have an underhand into his death as he alleged that he might have been poisoned during one of the several times, e was arrested and brutalized by state agents.

“Dzamara did not just die, he died because this was planned,. If you are critical of the government in this country, you will meet your fate. When he would demonstrate against the regime, they were targeting him,” Chamisa said.

He further stated that during the Government of National Unity Days, he had trust issues with the late President Robert Mugabe’s regime and he would not eat at government factions.

“I would tell him (Tsvangirai) to desist from eating at the same table with Mugabe’s ministers but he would not listen. When ZanuPF offers you food, do not eat because they want to end your life and that is what took Dzamara’s life,” Chamisa alleged.

Dzamara was well-known for calling for the return of his brother, Itai, who disappeared in 2015 after he was allegedly abducted by state security for calling for an end to the Mugabe regime.

Patson sought to seek justice for his brother and on several occasion held one-man demonstrations and in most cases, he would be locked up.

Chamisa said the nation should create young people like the late Dzamara who was vigilant in his political resolve.

The party’s Youth League chairperson, Obey Sithole said the passing on of Dzamara confirms that the health sector is a dilapidated state as he could not get the much-needed help.

“This vindicates our position as a party that our health system is in bad state. it is so folly to lose lives on diseases that can be treated. A lot of people have recovered from cancer because the facilities are there but here in zimbabwe, it takes ages for one to have the diseases detected,” he said.

Dzamara ‘s body will be taken for burial in his rural home in Mutoko tomorrow.