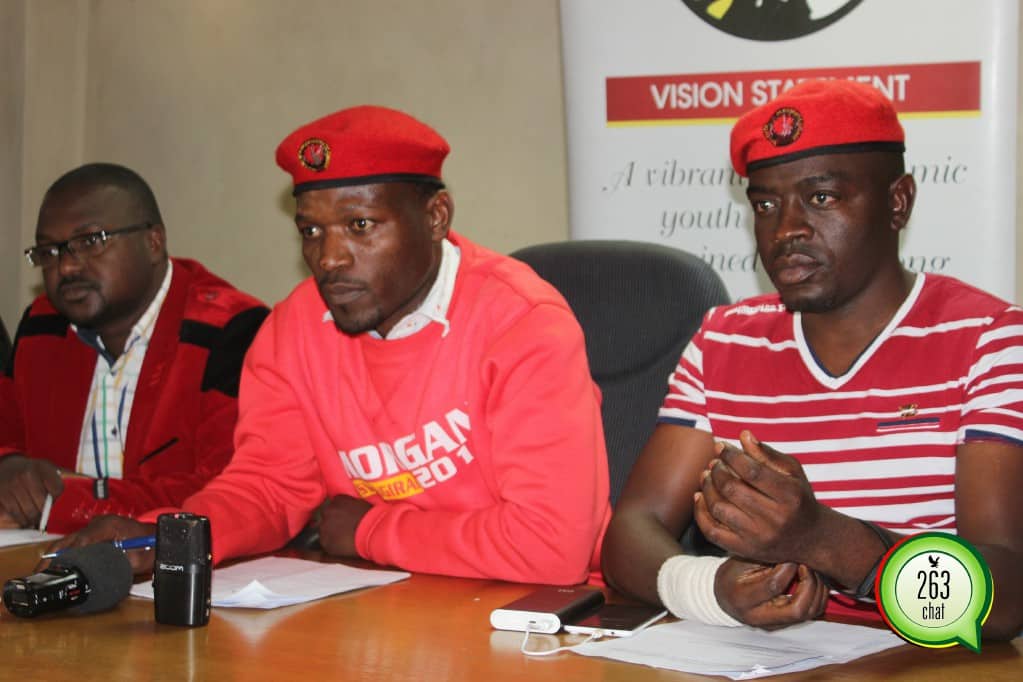 The Movement for Democratic Change (MDC-T) youth wing has given party Vice Presidents , Nelson Chamisa and Elias Mudzuri, a 48 hour ultimatum to solve the leadership crisis that has threatened to derail the opposition movement’s 2018 election campaign.

Briefing the press in Harare on Tuesday, MDC-T youth chairperson, Happymore Chidziva called on the said the party’s Executive Council to immediately deal with the disorder reigning in the country’s leading opposition.

This comes as Mudzuri and his colleague Nelson Chamisa are both claiming to be acting president of MDC-T as the party’s leader, Morgan Tsvangirai, battles colon cancer in South Africa.

“The youth wing disregard the disorder within the party. Therefore, we demand that by Thursday, the national executive members should address the matter and bring order into the party,” said Chidziva.

He accused party spokesperson, Obert Gutu of fanning factionalism by backing Mudzuri to take over from Tsvangirai.

“We also strongly condemn what other party members are doing, like spokesperson Obert Gutu who is contradicting the party,” said Chidziva while warning the Harare East aspiring parliamentarian to reform or face the axe.

According to Chidziva, the party’s youth wing still stands by the ailing Tsvangirai as the movement’s candidate in the make or break 2018 elections.

The once formidable opposition force is currently battling factionalism and infighting over who is the acting President in the absence of the ailing former trade unionist with Tsvangirai’s three deputies engaged in a serious fight for control of the party.

How To Handle Not Receiving On Valentine’s Day