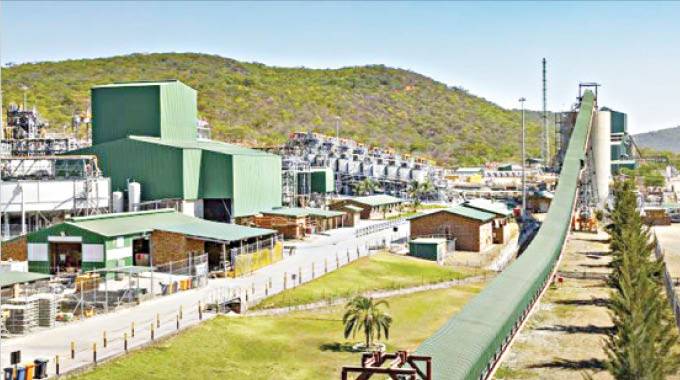 MUTARE– An Anglo-American platinum mining firm operating in the Midlands province, Unki Mine has according to findings of an Initial Certification Audit show, failed the transparency and social license test after scoring low marks in stakeholder engagement and disclosure of donations to politicians and royalties to government.

The Mine Site Assessment – Public Summary Report (2021) by Initiative for Responsible Mining Assurance (IRMA) shows that the Anglo-American firm is failing to engage stakeholders and disclose disaggregated payments to government.

The report shows that in spite of appointing a Social Performance (SP) team knowledgeable about community dynamics, the platinum miner is failing to hold critical stakeholder engagement to mitigate community conflicts.

The company which mines platinum, palladium, gold, ruthenium, and iridium, has also failed to publish payments made to politicians in violation of its policy of ‘no payments to politicians’ campaign, political parties or related organizations.’

“The Unki mine site is recognized as having achieved the level of IRMA 75 based on the performance recorded as a result of the Stage 1 and Stage 2 audit activities.

“The interview with the site Social Performance (SP) team revealed that they have knowledge of the local dynamics in the community and that these are taken into account in the stakeholder engagement (i.e. dynamics between the various chiefs, dynamics with illegal artisanal miners etc.).

In an important note on the audit report IRMA said, “There was one chapter that was not scored in this audit report (Chapter 3.4 on Mining and Conflict-Affected and High-Risk Areas), because IRMA identified it as needing additional guidance to facilitate the fair and consistent assessment of its requirements.”

Unki Mine is also failing to publish annual reports that ‘discloses all material payments made to the government.

The scores are ranked from minimal observance to full compliance of the standard, where a company meets all 40 critical requirements set by the IRMA standard.

IRMA requires that, the “operating company shall undertake identification and analysis of the range of groups and individuals, including community members, rights holders and others (hereafter referred to collectively as “stakeholders”) who may be affected by or interested in the company’s mining-related activities.

“A stakeholder engagement plan scaled to the mining project’s risks and impacts and stage of development shall be developed, implemented and updated as necessary.

“The operating company shall consult with stakeholders to design engagement processes that are accessible, inclusive and culturally appropriate, and shall demonstrate that continuous efforts are taken to understand and remove barriers to engagement for affected stakeholders (especially women, marginalized and vulnerable groups),” states the report.

The IRMA standards dictates that ‘stakeholder engagement shall begin prior to or during mine planning, and be ongoing, throughout the life of the mine. (Note: existing mines do not need to demonstrate that engagement began prior to mine planning).’

IRMA also requires that the ‘operating company shall foster two-way dialogue and meaningful engagement with stakeholders providing relevant information’ in time, an obligation which was not fulfilled.

This Vaccine Is Safe, Please Take It: Mnangagwa