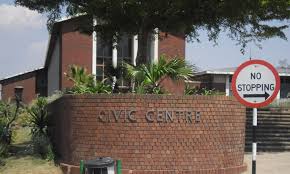 Civic organizations send distress calls as social service delivery hangs in the balance due to an industrial action by municipality health workers over unpaid salaries.

Family Aids Support Organisation (FASO) director Casper Pound said it will negatively impact on the health of People Living with HIV (PLWHIV), as adherence is hindered by closure of seven municipality clinics.

Pound said there is a need for council to quickly resolve this impasse which was affecting adherence to Anti Retroviral Therapy (ART), with negative implications to the health of PLWHIV.

“Since Friday, February 26, health workers have been on strike and this has affected People Living with HIV because this affects their adherence to Anti Retroviral Therapy (ART) because it stresses the patient.

“People at the moment are disturbed and confused, they don’t know where to go and it also creates uncertainty as to when they will access this essential service without a way forward,” he said.

Mutare Mayor councilor Tatenda Nhemarare said council was currently negotiating with worker representatives to find a solution to the impasse.

He said it was unfortunate that workers resorted to industrial action when council was facing serious viability challenges, disabling it to meet recurrent expenditure.

Municipal health workers who have been getting allowances related to their work had these incentives cut under a Ministerial salary rationalization directive, said Nhemarare

“We are currently engaged in discussion with workers representatives and we are quite hopeful that by the end of the day we will have come to an amicable decision,” he said.

“It is very unfortunate because the current salary challenge is being faced by every council employee however nurses were also affected because there are some allowances that they used to get but were scrapped under the ministerial directive,” he said.

“We are working flat out to resolve this matter and we are hopeful that operations will resume soon.”

Mutare Residents and Ratepayers Association (MURRA) programs coordinator David Mutambirwa said the industrial action was justified as there were livelihoods implications for being unpaid for close to two years.

He said council management had misplaced priorities in supporting unproductive expenditure of hefty allowances to top management at the detriment of social service delivery.

“A person who is involved with health patients is supposed to be well taken care of so if they are not well motivated and renumerated how do we expect them to look after the patient.

“Their strike is a message to the powers that-be that all is not well despite the fact that it will impact negatively on the welfare of the patients, I feel they are justified to air their concerns,” he said.

“There are some priorities which we all know that are misplaced, whereby there are resources which are being channeled to other unproductive use and for services which are not necessary for such cash strapped institutions.”

Mutambirwa was adamant that despite the essential services provide by health workers their industrial action was justified.

“Their concerns are absolutely justified and sometimes you have to be cruel to be king because I believe this was their last resort. How do you expect someone to save another person’s life when their life is not being saved,” he said.

A source at Civic Centre however blasted the health workers for being greedy as they were getting extra allowances than other municipality employees on similar grades.

“These health workers are greedy and the management has been lenient with them because their action was illegal to begin with. They notified management of their intention to embark on the industrial action and they were advised that it was illegal yet they went on to strike,” said the source.