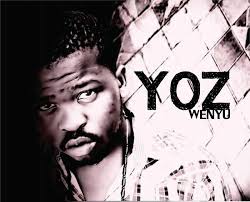 Popular Zim hip-hop artist Kennedy Simbanegavi popularly known as Yoz has returned to the studio to record new tracks including a collaboration with Zimdancehall hotshot Shinsoman.

In an interview with 263Chat, Yoz confirmed that he was working on new songs to be released soon.

“I have been off the studio for a while now due to reasons I can disclose but I want to say to the people who love my music I am back,” said Yoz.

He added that his first project in 2019 will be a collaboration with Shinsoman.

“We have recorded the song at Cymplex Music and I know that is going to be a hit song. Every time when I work the Shinso we produce good stuff for our fans,” added Yoz.

Shinsoman and Yoz grew up together in Highfield before they were both signed by Heshi Mufeshi where they went on to release popular tracks such as Sadza and Maduwe among others.

In 2014 their collaboration Tasangana Zvidhakwa was nominated for the best Social Song.

SA Based Opposition Leader in Hot Soup For Insulting ED