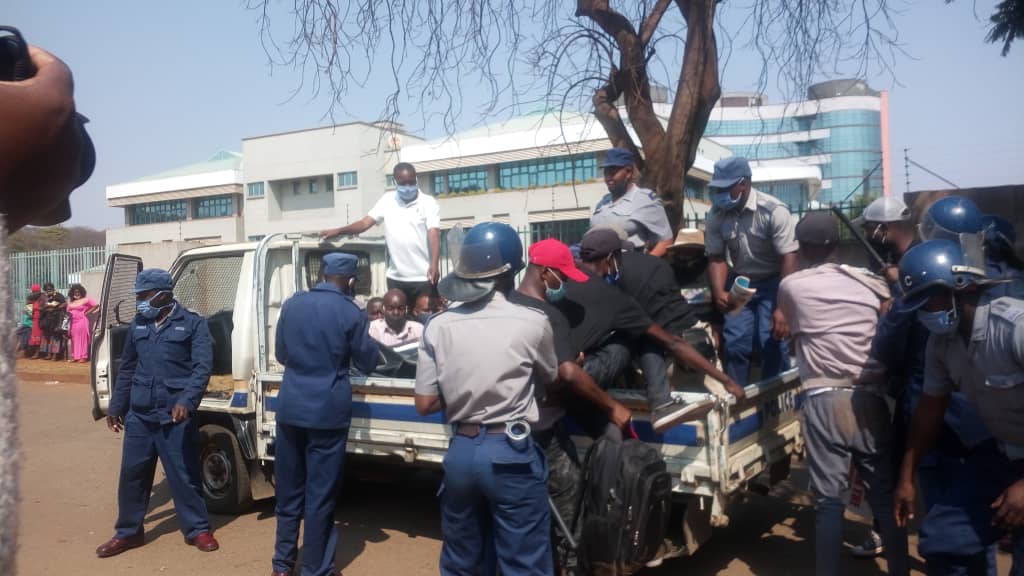 Sixteen leaders and members of Amalgamated Rural Teachers Union of Zimbabwe (ARTUZ) yesterday spend their second night in detention following their arrest on Wednesday 12 January 2022 during an anti-government protest held in Harare.

The ARTUZ leaders and members who include Obert Masaraure, who heads the teachers union and are detained at Harare Central Police Station, were on Thursday 13 January 2022 charged with participating in a gathering with intention to promote public violence, bigotry and breaches of peace as defined in Section 37(1)(a) of the Criminal Law (Codification and Reform) Act.

The unionists were arrested outside the offices of the National Social Security Authority, the state-run pension fund, where ZRP officers claim that they were staging an anti-government protest demanding to be paid their salaries at the figures, which obtained before October 2018, when they were paid US$540 per month.

The ARTUZ leaders and members, who are represented by Idirashe Chikomba, Trust Maanda and Tinashe Chinopfukutwa of Zimbabwe Lawyers for Human Rights, are expected to appear in court on Friday 14 January 2022.