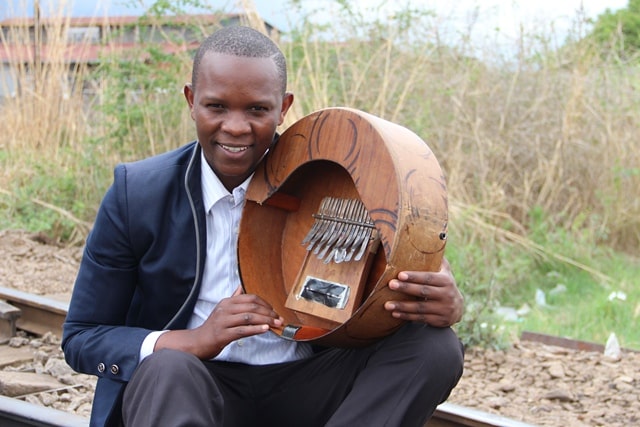 Growing up, Kelvin Chikumbirike had aspirations to follow in the footsteps of successful footballers like Peter Ndhlovu, Benjani Mwaruwari and international names such as Maradona, Pele, Ronaldo and Rivaldo among others.

Chikumbirike, now a Science teacher at Jairos Jiri school, a special school for children with disabilities, has continued to pursue her dream of impacting on the lives of marginalized and disadvantaged groups in society.

Talking to 263Chat, Kelvin Chikumbirike said growing up as a kid, music was not part of him that much as he preferred football, but because of the love for mbira, he does not find it hard to spend a day teaching street children, inmates and children with disabilities the art of playing the mbira instrument.

“Growing up, I was passionate about soccer, I had dreams of playing for big clubs in the country and the world but my interest in the mbira instrument proved to be too strong, with time, I realized I still had not fulfilled my goal, there was always something inside me that kept telling me that I was being selfish, enjoying the instrument on my own.

“When I came here at Jairos Jiri, I wanted to teach these young ones to play mbira but it was difficult for me so i started teaching streets kids every Saturday at Harare gardens and then introduced the program at this school .

“A lot of students liked it and my dream to teach mbira to physically challenged students became a reality. The school did not have instruments so i had to look for some.

“I have more than 20 Children i am teaching mbira and marimba, this is making other children who are not good in class have a comfort that they can make a living through music.

“My love for mbira did not end at Jairos Jiri, I had to apply at the Prisons and Correctional Services so that I could also teach inmates dnd they accepted my proposal, for a month now I have been teaching mbira to inmates and I am excited that my dream has come true,” said Chikumbirike.

I Will Deal With Corruption, Roadblocks: Mpofu