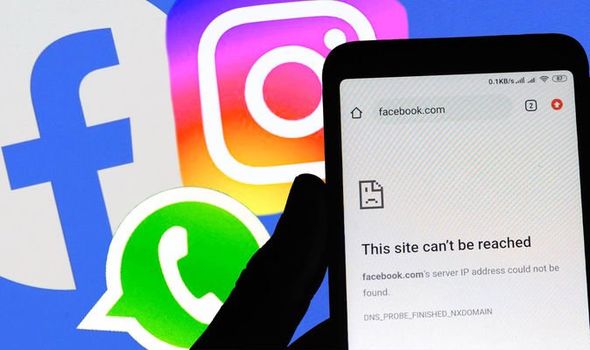 The whole world is still to recover from Monday’s Facebook, Instagram and WhatsApp blackout endured by users.

At around 17.40hrs (GMT+2), Facebook and its sister companies WhatsApp, Instagram and Messenger disappeared on the internet for over five hours, before they slowly crept back online.

By the time the apps started working, most Zimbabweans were exhausted from restarting their devices, putting them on and off flight mode and even buying more data bundles.

The tech giant blamed an internal technical issue for the blackout.

“To all the people and businesses around the world who depend on us, we are sorry for the inconvenience caused by today’s [Monday] outage across our platforms,” said Santosh Janardhan, Facebook’s vice president of infrastructure, said early Tuesday.

To some Facebook users, this was just an inconvenience,  and they took their frustration to Twitter and threw jibes at the Silicon Valley company.

Zimbabwean businesses also bore the brunt of the shutdown.

“Now we depend on online advertising and most of our customers have access to Facebook and WhatsApp only, so we were dealt a big blow on Monday,” said Vimbai Chirimuta who runs a clothing business in Harare.

Vimbai advertises her products using WhatsApp groups and could not update her vast customer base of her wares during the time the apps were shutdown.

Tinofara Mutovongi, the founder of a smartphone and laptop repair academy, concurred: “So mostly we communicate with our customers through WhatsApp, and the outage meant quite some hours of no communication at all with our customers. Also, we use mostly Facebook for advertising and for that period, we had no one seeing our ads meaning zero leads.”

Social media service NapoleonCat reported that in January 2021, Zimbabwe had 1.3 million Facebook users, which accounted for 7.1 of the total population.

In as much as the outage shook Zimbabwean businesses on Monday, the absence of ready alternatives has only served has gotten a lot of people worried about the threat Mark Zuckerberg’s pseudo-monopoly has on the world.

“These guys are very difficult not to rely on. I prefer having a stable Facebook and WhatsApp than using other platforms to be honest,” Mutovongi summed.