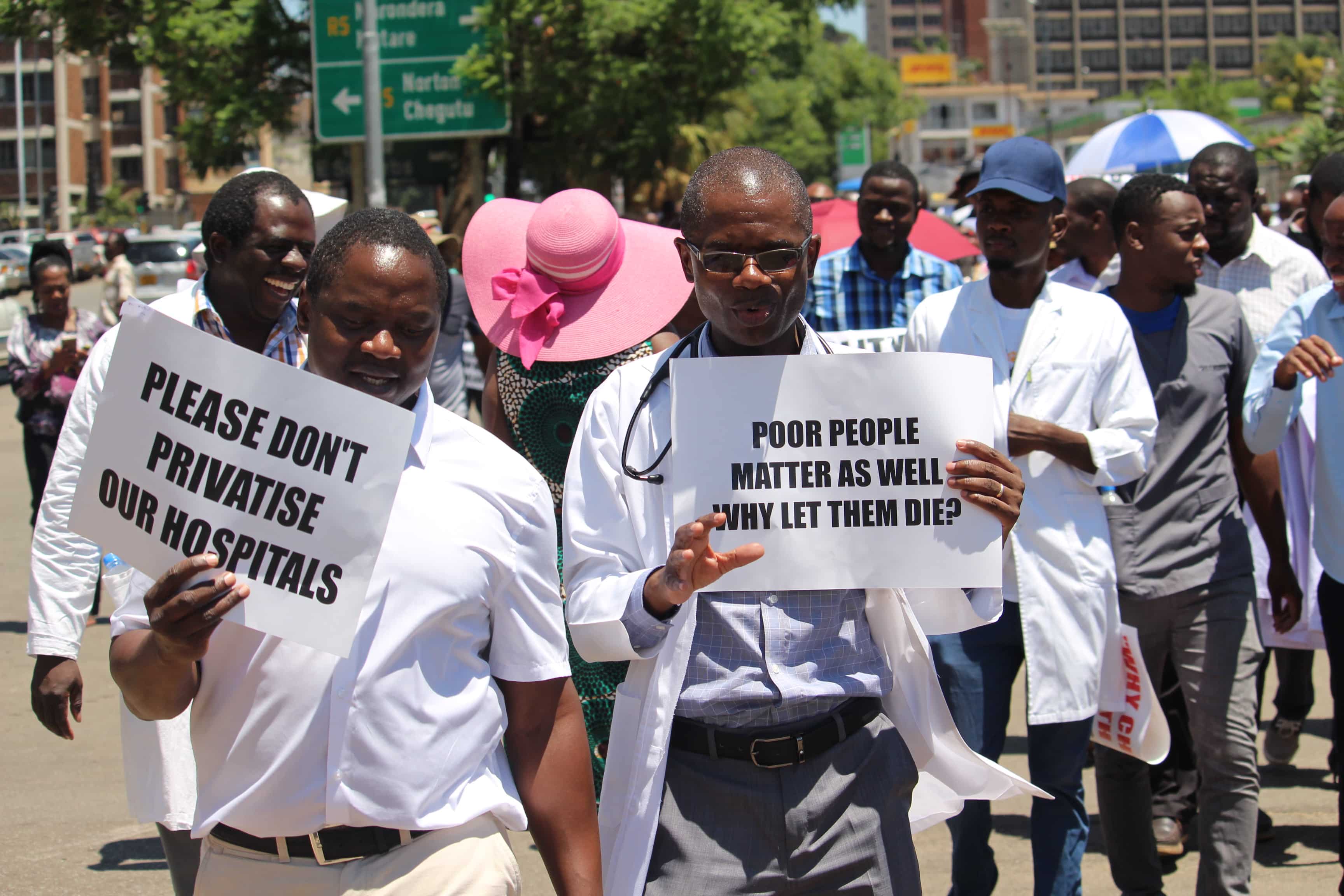 Doctors have added their voices on calls by nurses for government to offer better salaries and are in the process of engaging all members on the course of action following a strike by the nurses.

The medical practitioners have also condemned the looting of funds meant for the betterment of service provision in the medical field citing the Covid-gate saga.

The government recently increased salaries by 50% and also put a US $75 allowances for all civil servants but the nurses rejected the offer demanding more as they feel the amount does not resonate with soaring inflation which stood at 785,55% as of May.

Zimbabwe Hospital Doctors Association spokesperson, Tawanda Zvakada in an interview said the association is still engaging its members on action to take contrary to reports in some media publications that the doctors were going on strike.

“We are receiving salaries in Zimdollar which is loosing value everyday as prices are going up. We recently got an increment and an allowance of US $75 which which is failing to meet our day to day demands,” said Dr Zvakada.

Nurses say they will not return to work until their demands are met, a position confirmed by Mpilo Central Hospital acting clinical director Xolani Ndlovu yesterday.

“Most of the qualified nurses are at home, they did not report for duty. They vowed that they will not come back until government addresses their demands. We only have a skeleton staff most of them being nurses on probation. We also have doctors and some have already started threatening to join the strike soon,” Ndlovu said,

Mpilo Hospital is dealing with emergencies only.

Ministry of Health and Child Care Acting Permanent Secretary Gibson Mhlanga has since written to defense of the ministry requesting support for the paralyzed health institutions.

In a letter addressed to Defence secretary Mark Grey Marongwe, Mhlanga said medical personnel from the Zimbabwe Defence Forces would augment coverage for emergencies and provision of patient care during the absence of nurses.

“We will be calling upon your health services personnel to assist in the hotspots at the central hospitals as requested by the chief executive officers and provincial medical directors of the affected institutions. Your assistance in this matter is greatly appreciated,” he wrote.

The Senior Hospital Doctors Association also said its members were overwhelmed and pleaded with the government to act.

“The situation at the hospitals is now dire. There is no care available as health workers cannot afford to come to work anymore,” a senior doctor said.

“As senior doctors, we condemn the looting of funds meant for the COVID-19 fight and for capacitating our hospitals. We call upon the government to act,” he said.

Hopewell Chin’ono Not Bothered By Threats