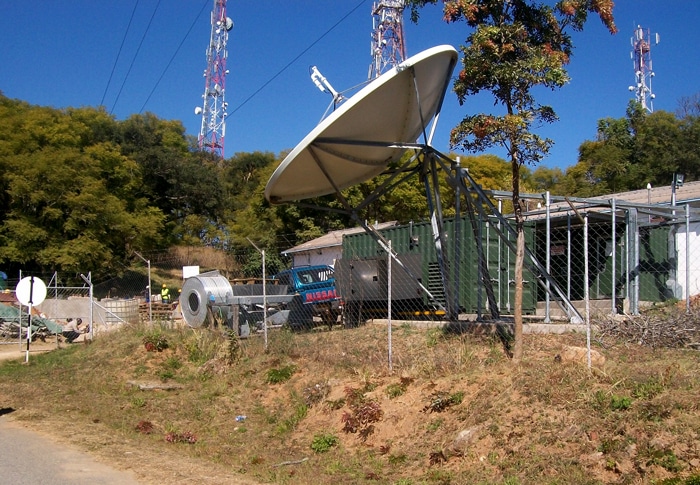 Last week 263Chat Business reported on a World Bank (WB) survey finding which highlighted major strides the country has taken in building a relatively advanced digital economy over the past few years.

The survey titled; Digital Economy for Zimbabwe Country Diagnostic Report-cited a strong digital infrastructure as one of Zimbabwe’s strengths when compared to its regional peers.

So what are some of these success stories to date when we talk of the country‘s successes in carefully curving its path towards its digital transformation?

It has been said over and over again, but the advent of mobile money services in the past decade or so remains a game changer on the country’s financial services landscape.

Rightly so, even this day some African countries are still grappling with setting up this infrastructure.

The International Monetary Fund in 2018 ranked Zimbabwe second, by thin margin after Kenya to have the most number of mobile money accounts on the African continent.

To its credit, Zimbabwe has managed to leverage on the rapid mobile phone penetration across the country and used it as an entry point into universal financial inclusion for its population.

With the emergence of the COVID-19 pandemic in 2020 that has brought the need for limiting physical contact, the advantages of a cashless economy have never been this convenient.

But Zimbabwe’s fintech sector continues to set new trends. Until recently, capital markets have been simplified and can now be accessed on mobile phones.

The Zimbabwe Stock Exchange through its ZSE Direct platform allows anyone to register, buy and sell shares on their mobile phones.

On the digital government platforms, the government early this year launched a new data center that anchors all e-government programs and will allow co-ordinated planning and monitoring of results.

This follows the government web portal launched in 2016 meant to provide a single window access to the information and services being provided by the Government of Zimbabwe for citizens and other stakeholders.

Resultantly, government departments such as ministries, commissions and various parastatals now have websites which are periodically updated in line with latest developments.

In January this year, Zimbabwe National Statistics Agency (Zimstat) migrated from paper-based data collection and processing to a computerized system, enabling the agency to timeously release monthly inflation figures and other critical information.

However, all the aforementioned achievements have been made possible by an impressive digital infrastructure that has taken a great deal of investment and years to set up.

Very critical has been the role of private sector in leading the digital drive in Zimbabwe.

Digital giants like Econet Zimbabwe and its spin-off, Cassava Smartech, ICT solutions providers like Dandemutande to name a few are at the core of this digital journey.

More and more companies have adopted digital solutions to stay relevant in these changing times by offering services which a decade ago would not have been part of their business interests. And it’s paying off.

For instance, the Rainbow Tourism Group (RTG) recently set up a new e-commerce business, Gateway Stream which offers online hospitality services, online shopping, media and ride-hailing services which proved crucial during the COVID-19 lockdowns as it created alternative revenue streams for the Group since hotels were closed.

Over the years, startups such as Cassava’s VAYA, Akello and Clean City, Simbisa Brands’ Dail a Delivery, CBZ’s Touch Mobile banking among a host of other digital solutions have emerged in Zimbabwe.

But this is not to say Zimbabwe’s digital transformation has reached the desired levels as more work is still needed to be done, particularly with regards to universal access of some of these advancements across the country.

As the World Bank rightly noted that digital infrastructure was considered to be fairly advanced in terms of international connectivity it however highlighted that it still lacks in internal connectivity, particularly in rural areas.

According to a consultation paper on Zimbabwe National Broadband Plan developed by the ICT, Postal and Courier Services ministry in partnership with the Postal and Telecommunications Regulatory Authority of Zimbabwe (Potraz), Zimbabwe needs US$ 123 million for fibre cables to extend the backbone network to reach and serve every district in the country.

Zimbabwe envisions an ambitious plan to have 100 percent broadband coverage in all areas where people live, work, travel and learn with a high speed of not less than 1 Mbps by 2030.

“The requirement for stable and uninterrupted power could never be overemphasized. A considerable parentage of the optical fibre cable was over-head, which brought about vulnerability to theft, vandalism and fire,”

“There was a need to invest more in underground fibre and optical ground wire (also known as an OPGW) on power pylon,” the paper read.

Another area of concern for Zimbabwe is the slow development of digital skills and entrepreneurship as cited by the World Bank survey.

There is greater need for funding of start-ups as well as for development of links between innovation centers and businesses in order to enable commercialization of inventions.

This is more critical given that unemployment figures especially among graduate youths are staggering and digital entrepreneurship is likely to ease pressure on the employment market.

In sectors such as media, despite the government restricting airwaves and failing to transform the state owned broadcaster, ZBC into a modern, digitized institution the sector has grown over the years with the emergence of new media and content creators creating a wealth of employment opportunities.