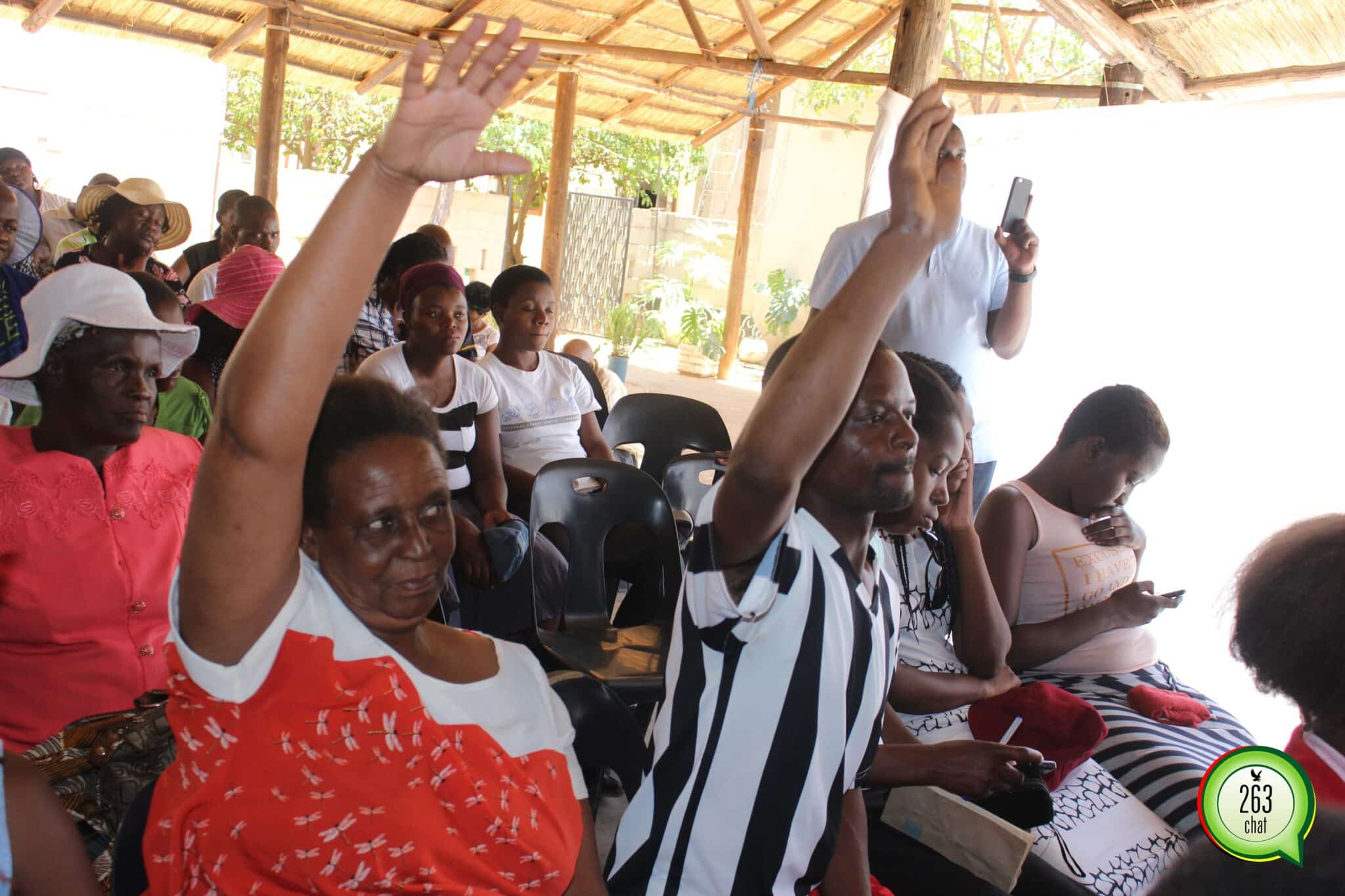 Share
The Zimbabwe Human Rights Association (ZimRights) has dismissed the proposed Amendment No.2 Bill which is scheduled to go for public hearings next week saying there are clauses which are undemocratic and unconstitutional.

The association said the proposed amendments represent a slide into autocracy in Zimbabwe by ring-fencing the Executive from the checks presented by other arms of government.

“The Council noted with grave concern that in general Amendment (No. 2) Bill is anti-rights, anti-transparency and anti-accountability and therefore resolved to reject the proposed amendment in totality. The basis of this position is the realisation that most of these amendments while they are not amending the Bill of Rights, have serious negative implications on the enjoyment of human rights,’ reads part of the statement.

“These amendments further weaken the Parliament and the Judiciary and create an Executive that is fire-walled against transparency and accountability,” ZimRights said.

Parliament of Zimbabwe announced the proposed dates for the public hearings, with the first hearings scheduled for 15 June 2020.

However, with the country under lockdown due to the COVID-19, the National Youth Association (NAYO) said public hearings will only put people’s lives at greater risk as the likelihood of spreading the coronavirus increases.

“We call upon the Parliament to postpone the holding of the Public Hearings on the Constitution of Zimbabwe Amendment No.2 Bill (H.B. 23, 2019) until the lifting of the National Lockdown imposed to control the spread of COVID-19. The magnitude of the proposed amendments require for citizens to fully exercise their rights to association, assembly and expression in formations of their choice to enable informed and proactive citizen participation;” Nayo said.

ZimRights said the hearings under these conditions do not only endanger the public but will undermine public participation as the country is under lockdown and many members of the public will not be able to participate in the consultations.

It accused the government of trying to smuggle the Amendment without the full participation of people.
“ZimRights further bemoans the short notice given to the public for these hearings and fears this is an attempt to steamroll the amendments by taking advantage of the current lockdown. Whilst ZimRights strongly believes that the Constitution must not be tampered with, the government must at least ensure democracy prevails by giving adequate notice of at least three weeks for the public hearings, publicising the notice in mainstream media channels and in all the official 16 languages.
“The government must ensure that all those who want to participate in the public hearings are not left out by exempting them from the lockdown travel restrictions,” the statement further reads.
In expressing its disapproval of the Amendment (No. 2) Bill, ZimRights Council announced the launch of the “Hands Off the Peoples’ Constitution Campaign” aimed at encouraging the people of Zimbabwe to reject the proposed amendments as an attack on human rights, transparency and accountability.
Through this campaign, ZimRights is reminding all the people of Zimbabwe that they have the right to call to order their Members of Parliament against breaking their oath of office by cooperating with the Executive in tearing to shreds our sacred Constitution.