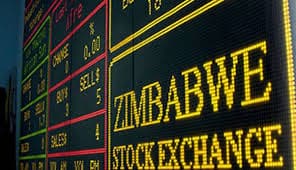 The Zimbabwe Stock Exchange (ZSE) is set to host the 57th committee of the Southern African Development Community (SADC) Stock Exchanges- CoSSE, from the 11th to the 13th of March in Victoria Falls, 263Chat Business has learnt.

Representatives from the sub-region’s bourses will also have a meeting with Stockbrokers to discuss developments and foster mutually beneficial targets in respective markets.

In a statement by the ZSE, chief executive officer, Justin Bgoni said both meetings will be held at the same venue.

“The Zimbabwe Stock Exchange Limited (“ZSE”) will be hosting the 57th Committee of the SADC Stock Exchanges (“CoSSE”) meeting and the Stockbroker’s networking session from 11 to 13 March 2020. Both meetings will be held at Elephant Hills Resort in Victoria Falls,” he said.

A closed meeting for CoSSE members will be held on 12 March 2020 followed by a stockbroker’s networking session on 13 March 2020.

“The stockbrokers session offers stockbrokers a networking platform to share information on their respective markets in an effort to interconnect and make it easier for cross border trading. The ZSE is looking forward to a dynamic meeting and networking event with fellow CoSSE members and Stockbrokers,” Bgoni added.

Established in 1997, the CoSSE is meant to promote efficient and transparent securities markets within the region.

There is an ongoing discourse around setting a perfect integration model for the sub-regional capital markets with the idea of making easier mobilization of capital to address sustainability challenges of smaller national markets to alleviate inequalities.

CoSSE is home to Africa’s biggest securities exchange, the Johannesburg Stock Exchgnage (JSE) which has a market capitalization of over US$ 150 bilion.

The CoSSE meeting comes at a time securities exchanges in the sub-region are facing varying challenges among them- liquidity constraints, limited domestic investor base, volatility in economic growth and macro-economic uncertainty among others.

The ZSE for instance, has had challenges of some foreign investors having hassles to repatriate dividends to their homelands owing to serious foreign currency shortages in the country.